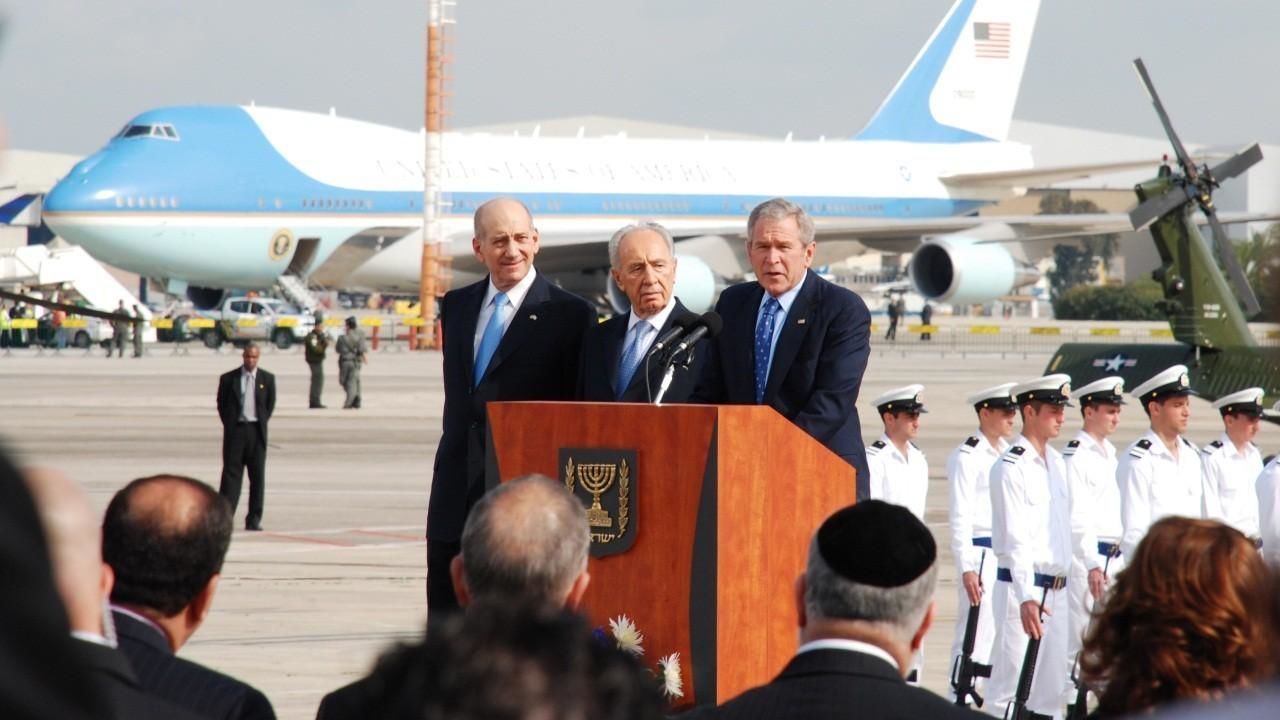 Air Force One: It is America's plane, a national icon and the most secure aircraft in the world. Now, journey aboard, as the members of the Presidential Airlift Group fly this specially modified 747 in a time of global uncertainty, following September 11th, 2001. The events of 9/11 thrust Air Force One's crew into a day of terror that none could have predicted. Crewmembers stationed at every corner of the jet recall the urgency of shepherding the President on an emergency flight over America's heartland. Seven years later, preparations are now underway for a diplomatic mission of historic significance and scope: an eight-day tour through six countries in the Middle East. This journey summons recollections of another high-stakes mission to the region, one set in the heart of conflict - the President's secret flight into Baghdad, Thanksgiving Day, 2003. Following a steep, corkscrew descent, their landing into Iraq was unannounced and unexpected. Now, each member of the PAG, from maintenance and engineering to the flight crew and presidential security detachment, must be ready for a highly publicized trip, as the President meets foreign leaders on the ground in the heart of the Holy Land.
ADVERTISMENT