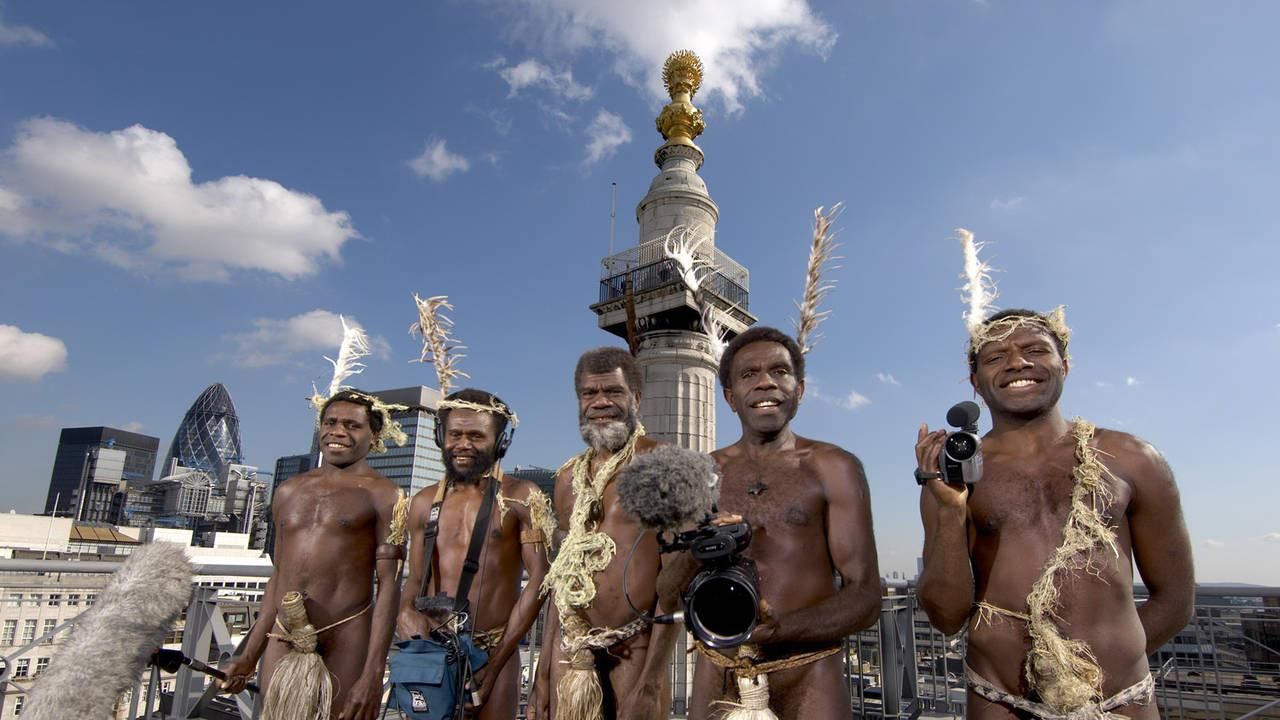 ‘Chief,’ as he quickly becomes known, is a figure of authority, guidance and wisdom. He is given the mission of restoring the spirit of peace in America by his father, the ‘Supreme Chief’, and only surviving person who met the Americans during the War. Before setting out, he warns the other four not to be distracted by pretty girls. But he is not a spoil-sport; once on their journey, he reveals a cheeky grin and warm laugh, and a constant curiosity in the new world around him. At 65 years old, he is the oldest of the group.

Keimua is the Head Dancer for the community. His infectious enthusiasm for singing and dancing and his beaming grin not only makes his dancing lessons the number one activity for the kids on the island, but he cannot help but win over everyone he meets in America.

Sam is the Medicine Man to whom the community come with everything from fevers to broken bones. He also understands the spirits and age-old traditions of Tanna better than anyone else, and uses these as his benchmark for judging American ways of life.

Kuai is known as the ‘Happy Man.’ His job at home is simply to generate love and happiness. He hugs, smiles and giggles his way around America, touching the most unlikely of people with a blast of warm sunshine which they find impossible to resist.

Namus is the translator, but is also very much part of the group. He’s from Tanna, but has been to school so he speaks good English. At 27 years old he is the youngest of the group, and while more savvy about the outside world in some ways, he is endearingly youthful in others.
ADVERTISMENT