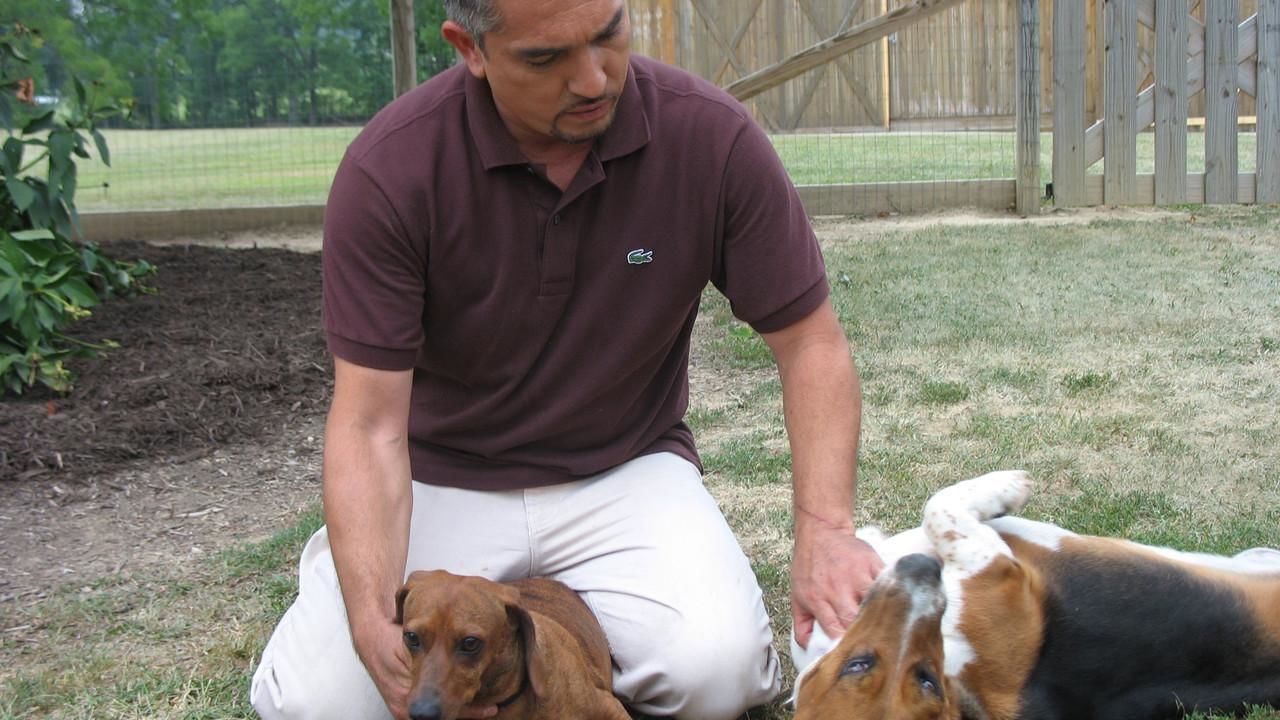 From the time they brought Sophie home, there were problems. Sophie would attack and bite Riley over food, treats, or any attention from Crystal and John. Sophie's jealousy turns to rage and has sent Riley to the vet on more than one occasion. In the beginning, the puppy was calm and patient during vet visits. But after Betty moved to California to live with her son, daughter-in-law and grandson, Aussi wanted nothing to do with the vet's office. She became increasingly more difficult with each visit. Betty has tried three different vets, private training, and a variety of obedience classes, but to no avail. Aussi has now developed an aggression towards other dogs. Poodle mix Lulu is the "first child" of Jeffrey Palmer and Ace Champion, but she acts like the baby. Lulu is continuously possessive of Jeffrey - and the addition of two other dogs into the family hasn't helped.