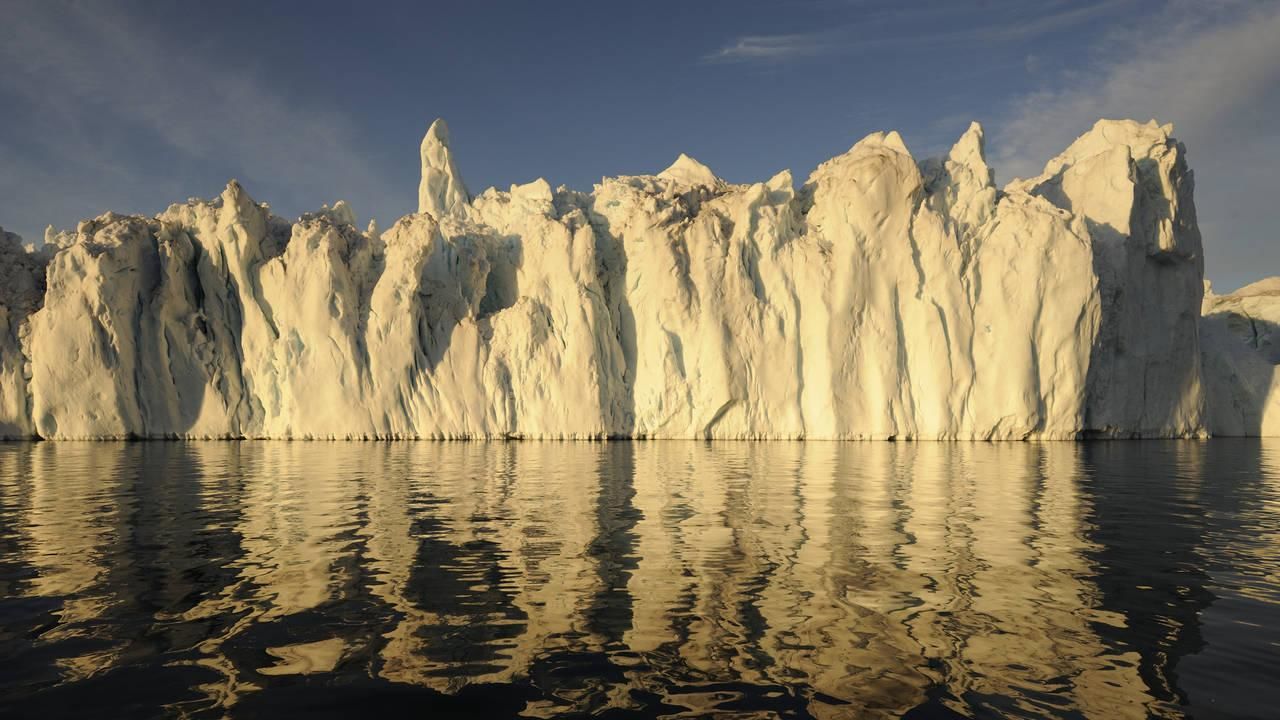 For nearly 30 years, James Balog has consistently broken new ground in the art of photographing nature. His work grows out of a lifelong passion for nature as an artist, scientist, explorer and adventurer. A former mountain guide with a graduate degree in geomorphology, James is equally at home on a Himalayan peak or a whitewater river, the African savannah or polar icecaps.  The June, 2007 cover story for National Geographic showcased Balog’s work on melting glaciers. The experience led him to organize the Extreme Ice Survey, an unprecedented documentation of fast-changing glaciers around the world.

Balog is the author of six books, including Tree: A New Vision of the American Forest and Survivors: A New Vision of Endangered Wildlife, which were hailed as major breakthroughs in nature photography. His images are regularly published in magazines like The New Yorker, Life, American Photo, Vanity Fair, Sierra, Audubon and Outside and he is a contributing editor to National Geographic Adventure. He is the first photographer ever commissioned to create a series of stamps for the U.S. Postal Service. Awarded the Leica Medal of Excellence and the premier awards for both nature and science photography at World Press Photo in Amsterdam, Balog’s photos have been exhibited at more than a hundred museums and galleries from Paris to Los Angeles. The documentary film, “A Redwood Grows in Brooklyn,” explores his thoughts about art, nature and perception.

Producer/ Director Noel Dockstader’s 15-year career in documentary filmmaking began in the UK, where he worked for leading independent production companies, October Films and Diverse Productions. After more than a decade of award winning work in the UK, he moved back to his former home in the San Francisco Bay Area in 2004, and founded Far West Films with co-producer Quinn Kanaly. They are currently producing  “Extreme Ice”, a NOVA – National Geographic Special exploring the incredible, changing world of glacier’s and ice sheets with acclaimed photographer James Balog. Previous films for National Geographic include ‘Mammoth Mystery’, ‘Death of the Iceman’, ‘Supercoasters’, and ‘Bigfoot’.  His UK credits include ‘Warrior Women’, a popular history series hosted by Lucy Lawless of Xena, Warrior Princess fame, ‘Hero Factor’, exploring the neurobiology and psychology of sudden acts of heroism, and ‘Trailblazers’, following the adventures of scientists and journalists into some of the most dangerous and far reaching corners of the globe. Dockstader also spent a year on staff with National Geographic Television in Washington DC, series producing ‘Out There’, National Geographic Channel’s flagship adventure science series.

Quinn Kanaly began her career in filmmaking at in San Francisco, producing environmental advocacy videos for local and national environmental organizations, like The Sierra Club. She soon moved into broadcast documentary television, as a writer, field producer, and production manager, on programs for the Travel Channel and Discovery Channel, including episodes for Discovery’s popular ‘Shark Week’ series.  Kanaly went on to co-produce and write films for the National Geographic Channel, with Far West Films partner, Noel Dockstader, on topics as diverse as the science of roller coasters to the crime story of the Boston Strangler. Her recent work includes episodes on National Geographic’s Explorer series, such as ‘Mammoth Mystery’, ‘Death of the Iceman’, and most recently, “Chachapoya Mystery” (tentative title), airing in 2009.  Currently, Kanaly is co-producing ‘Extreme Ice’ with Dockstader for PBS’s NOVA series.
ADVERTISEMENT