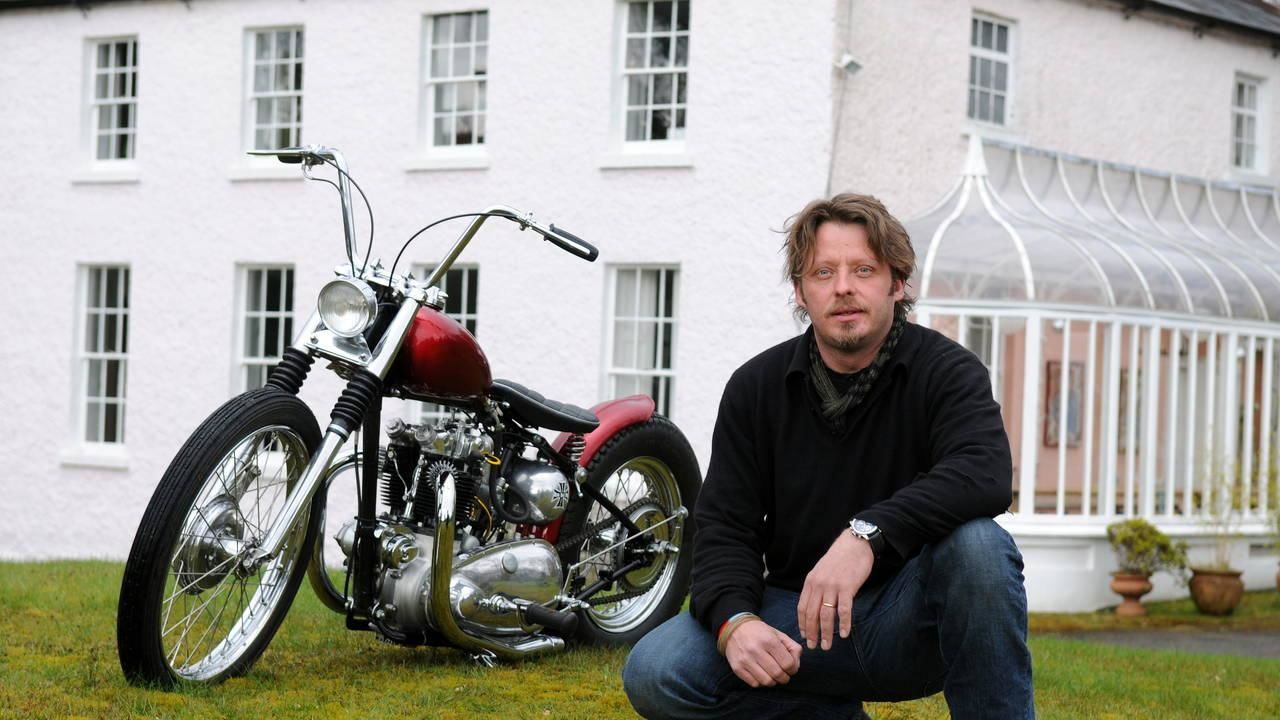 His two-wheeled exploits have been followed by fans across the world through the internationally acclaimed television series Long Way Down, Race to Dakar, and Long Way Round. Charley has become an icon in the motorcycling world and is now the face of modern TV adventuring.

Born in London in 1966, Charley grew up in Ireland, spending much of his childhood riding motorcross bikes. His first film role was as Ed’s boy, Jon Voight’s son, in Deliverance, directed by his father John Boorman. Since then, he has appeared in Excalibur, The Emerald Forest, Hope and Glory, and more recently in Karaoke, The Serpent’s Kiss and The Bunker.

From 1998 to 2002, he ran a British motorcycle team with his friend Ewan McGregor, winning the Superstock Series with David Jeffries.

In 2004 Charley became a household name following the Long Way Round series which saw him and his best mate Ewan McGregor circumnavigate the globe on motorbikes. Over three gruelling months, the duo travelled through three continents and fifteen countries from London to New York. The epic journey was filmed and broadcast on Sky One in the UK and Bravo in the USA.

In 2006 Charley’s love of motorcycles led him to take part in one of the most demanding and dangerous motor races on earth - The Dakar Rally. Race to Dakar became a hugely successful TV series and was followed by book and DVD titles.

2007 saw Charley return to the saddle with Ewan McGregor in Long Way Down. The series was broadcast in the UK on BBC2, and internationally by broadcasters across the world. In 2008 LWD was shown globally on National Geographic, and in the United States on the Fox Reality channel. The programme, which documented Charley and Ewan this time riding from John O’Groats down to Cape Town, was an instant hit and also produced a best-selling book and DVD.

In 2008 Charley completed his biggest challenge yet. By Any Means saw him travel from Ireland to Australia using a variety of forms of transport. The Show was aired on BBC2 in the autumn of 2008 and is due to be broadcast worldwide in 2009 by National Geographic. It was one of the most exciting travel documentaries ever seen, as Charley covered some of the world’s most exciting and dangerous terrains including Iran, Georgia, China and Nepal. By Any Means proved an instant success and the TV series was accompanied by a book and DVD.

Married with two daughters, Charley rides a Ducati 748 and lives in London.

I’ve never been one to say never. From an early age I just wanted to do my best at anything I’ve laid my hand to, and never seen anything as impossible. Even when I was at university I made the most of my spare time, running a successful water filter business while I completed my studies. It’s not so much about making money, it’s about making the most of every opportunity I’ve been given and driving every idea, however difficult.

When Charley first mentioned to me the concept of Long Way Round, he wasn’t so sure as to the feasibility of it but I think we both saw the potential and I jumped at the chance to get on board. I mean I’d worked on some ambitious projects before … devising stuff that was fairly innovative in it’s day - such as The World’s Fittest Woman, Puma Dream Team Challenge and The Blue Eskimo Adventure Challenge – but this was something new. And that was really exciting.

Obviously Long Way Round became bigger then any of us could ever have imagined, and the bond I’d formed with Charley made Long Way Down and Race to Dakar a pleasure to work on. However By Any Means should top the lot.

The concept seems like the natural progression to everything we have done before, it’s bolder, more dangerous and really has the potential to be one of the most exciting travel documentaries ever seen. I remember Charley and I going over loads of possibilities at the Valencia MotoGP last October and nothing really seemed big enough after what we’d been through with Long Way Down. But as soon as I started to talk about the possibilities of By Any Means, the old feeling came back to us and we realised we had to make it happen at any cost.

And I suppose that last sentence sums up me perfectly. If I want to get something done, I’m the sort who will do my best to make it happen. There is always a way.

I was born in Tonbridge, Kent, UK in 1971. From my earliest days I had creativity, sport and adventure in my blood. I also had a love for my father’s video camera! Following school I spent 3 years studying Fine Art in Sydney, Australia, after which I accepted an invitation to hold a ‘second’ camera for a friend specializing in filming weddings. The rest, they say, is history.

Over the last ten years I have proved that by daring to take hold of opportunities that arise, you can make your dreams a reality! Being a TV cameraman is said to be “one of the best jobs in the world” as it allows you to extensively travel the world, get yourself into the most extraordinary situations with the most extraordinary people – some of whom become friends for life.

Over the last 13 years working as a cameraman, I have filmed for all the major broadcasters and specialised in Travel Documentaries. I have been privileged to travel to over 50 countries and with that amount of experience under your belt it is difficult to pick out any one country as a favourite, yet at a push I would say that I fell in love with South Easy Asia and in particular Cambodia – it’s such an amazing country, beautiful in it’s landscape and despite having a horrific past the people exude warmth and an enthusiasm for life.

Having served an apprenticeship with a very well established documentary cameraman Simon Niblett, it was a natural progression for me to inherit his label as an adventure/extreme cameraman. Choosing to climb mountains, bed down on the floor of deserts and wade through rivers in the jungle is far more my “cup of tea” than standing in a warm studio, 10 miles from home. The more adventurous the project, the better, and if someone else doesn’t fancy it… that’s when you call me!