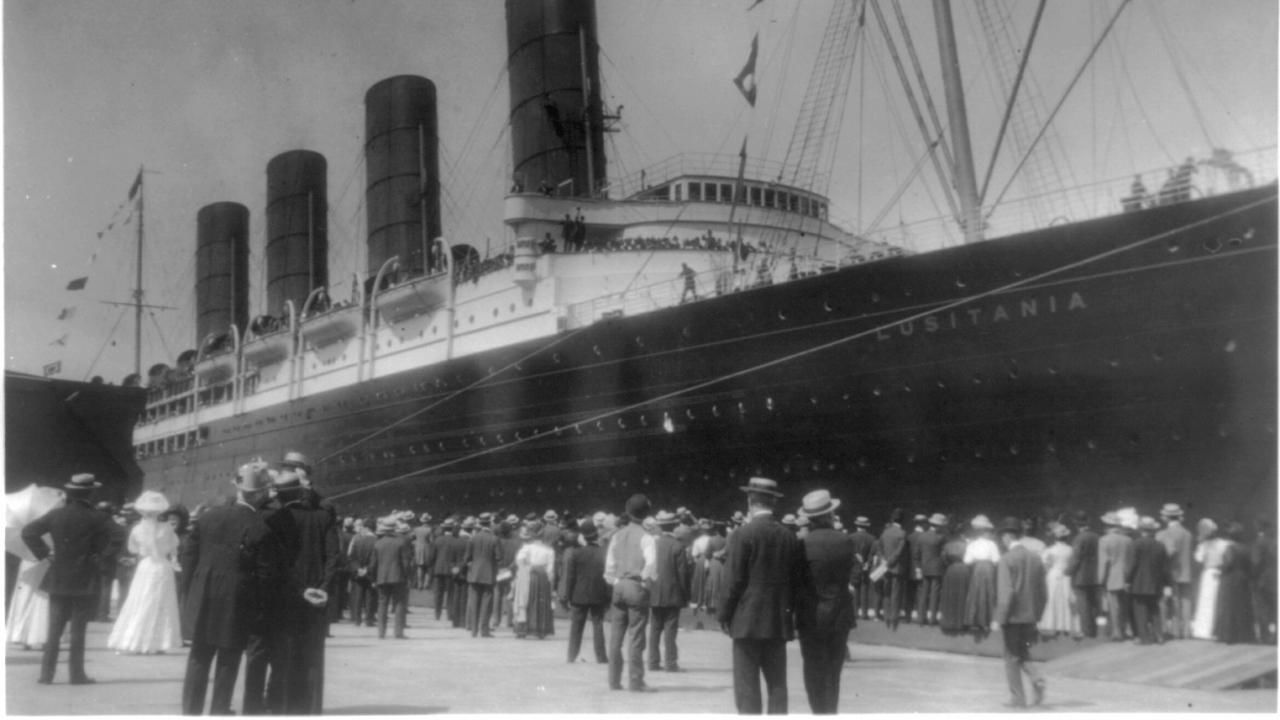 When a German submarine sank passenger liner RMS Lusitania on 7 May 1915, it redefined the laws of conflict.
The loss of the boat and 1,198 lives shocked the world.

But was the U-boat’s torpedo the only thing that sank the Lusitania?

Or was a second reported explosion caused by an illegal cargo of weapons?

Dark Secrets Of The Lusitania plunges below the waves on a new expedition to venture into the wreck in a bid to get to the bottom of this century-old war crime.

With tense dives in high seas, lab research into explosive theories and the haunting recorded testimony of survivors, this revealing documentary follows the team as they deploy the latest submersible, diving and computer technology to battle the Atlantic, the weather and even the ship itself.
As divers risk their lives exploring the ghostly wreck, will the Lusitania finally give up her secrets and will the wreck’s elderly owner finally learn the reason for her demise?
ADVERTISEMENT