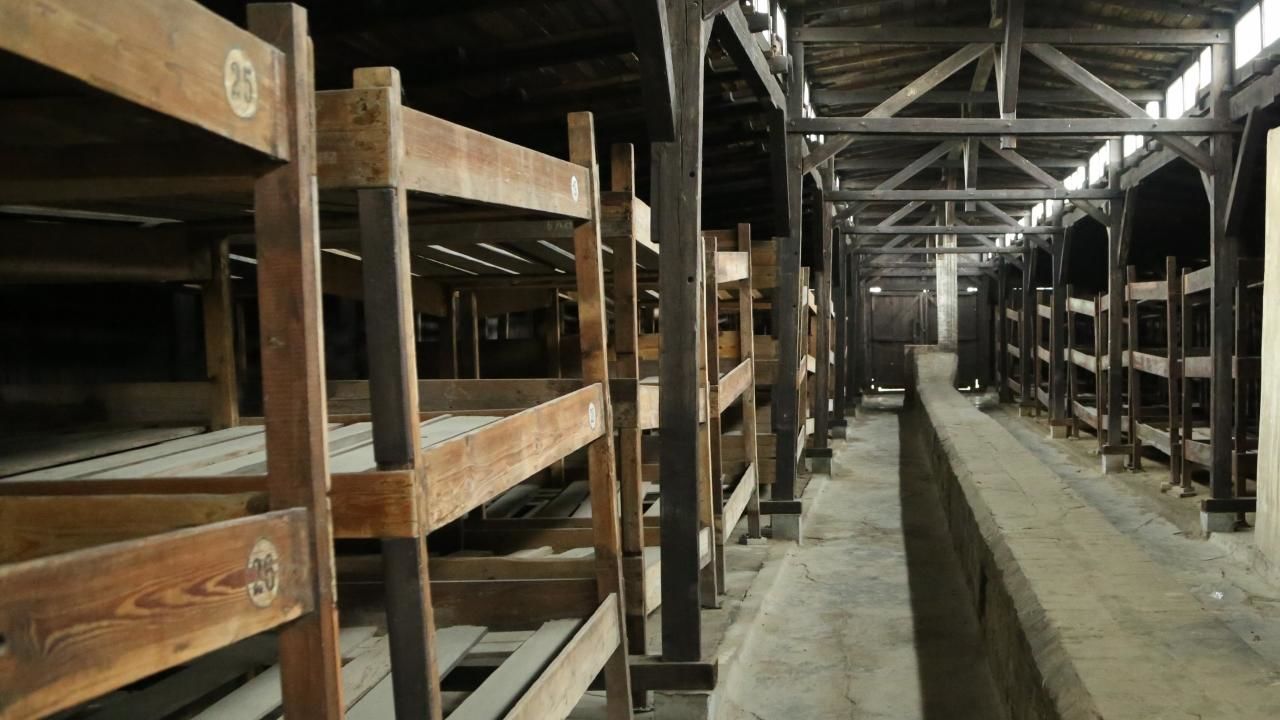 Anne Frank’s world-famous diary comes to an abrupt end several days before she and her companions in the Secret Annex were arrested on August 4, 1944. This is the story of what happened next, how Anne became absorbed into the horror of the Nazi camp system. Through eyewitness testimony from camp survivors and historic pictures and film, the brutality and horror of Auschwitz, Sobibor and Bergen-Belsen are revealed. Surviving for just 7 months after her arrest, Anne Frank is confronted with disease and depravity while barely missing liberation at these horrific camps. Two of Anne Frank’s friends remember both their school days in Amsterdam and the days before Anne’s untimely death at Bergen-Belsen in March of 1945 – shortly before the camp’s liberation. But Anne’s remarkable diary miraculously survived the war and was published by her father, Otto Frank.
Read More