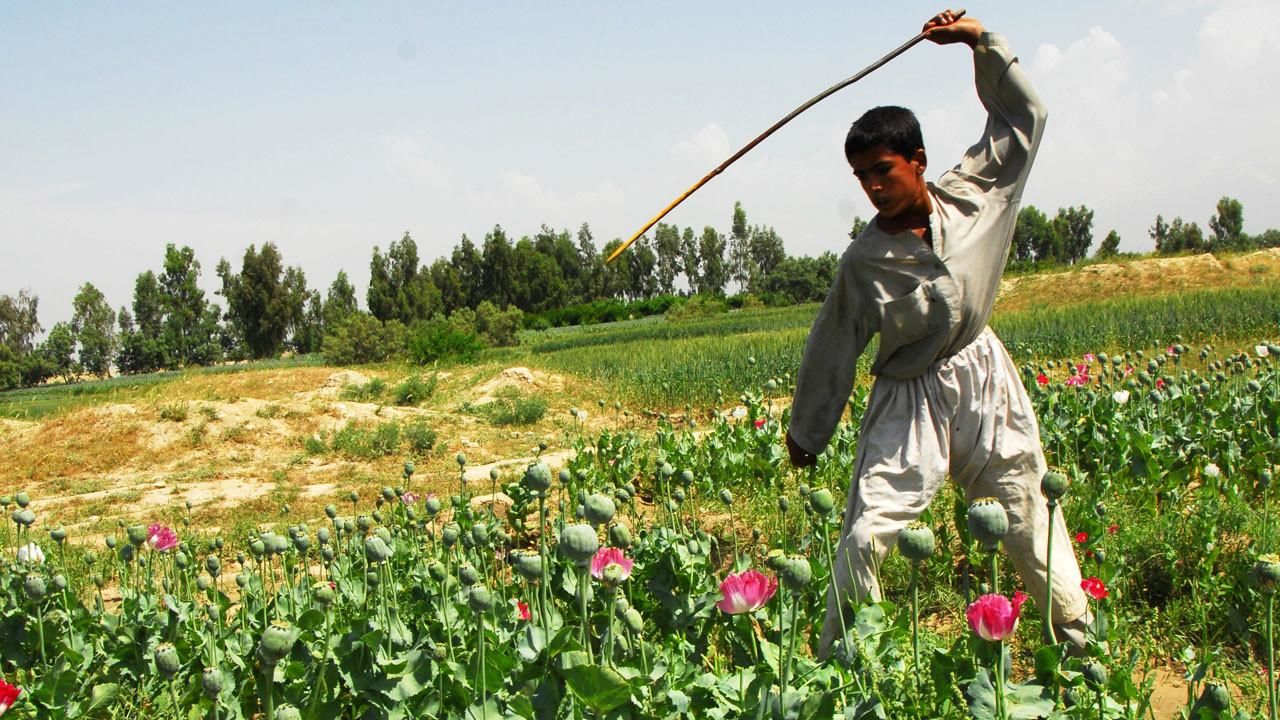 Heroin is produced from raw opium which is extracted from poppies.

Heroin was once only known as a needle drug. Today heroin is so pure that a user can get high from just snorting the drug.

Last year (2006) and estimated four hundred thousand acres of opium poppies were planted in Afghanistan, a fifty-nine percent increase over the previous year.

Afghanistan now supplies more than 92 percent of the world’s opium, the raw ingredient for heroin.

More than half of Afghanistan’s GDP, some $3.1 billion, is believed to come from the drug trade, and narcotics officials believe that part of the money is funding the Taliban insurgency.

On the index of human development issued by the UN Development Program, Norway was ranked as having the highest standard of living in the world.

In 2002, Oslo had the record of drug related deaths out of 42 European cities, according to a report by the Council of Europe’s Pompidou Group. They were subsequently named by the press as the “overdose capital of Europe.”

Intravenously injecting heroin produces an instant and powerful rush, and changes the very chemical structure of the user’s brain.

When injected, heroin rapidly pumps through the bloodstream.

Once the drug crosses the blood-brain barrier, it binds with the brain’s opioid receptors creating an artificial endorphin rush.

If an addict doesn’t get a fix, the body goes into withdrawal.

Withdrawal is a painful physical reaction also called “dope sickness.” It’s like a bad case of the flu, with fevers, shaking, vomiting and muscle pains.

When too much heroin floods a user’s brain, the respiratory functions slow, and the user enters a comatose state.

Opium is harvested from ripened poppy pods that are cut with small blades, releasing a milky resin.
The painkilling properties of opium were known to the ancient Egyptians and Greeks, more than five thousand years ago.

Modern pharmacology has refined its potent molecules into new forms, creating drugs like codeine and morphine.

Heroin was first made in the late nineteenth century. It was a wonder drug synthesized from morphine and three times as strong.

Bayer Pharmaceuticals introduced it to the public in 1898 and marketed it as a non-addictive pain killer.

Smugglers use a lot of ingenious ways of disguising their product. In Afghanistan, the officials have found the drugs disguised as a bag of almonds. The smugglers had made tiny bags of heroin and carefully wrapped almond skins around each bag.

Officials in Afghanistan have also confiscated a carpet that tubes filled with heroin had been woven into the fabric.

The DEA in the US has found hollowed out kidney beans, baby blankets with heroin sewn into them and even liquid heroin put inside of live puppies.

Drug mules are people who swallow between 60 – 120 heroin pellets, board a plane and deliver the heroin upon reaching their destination.