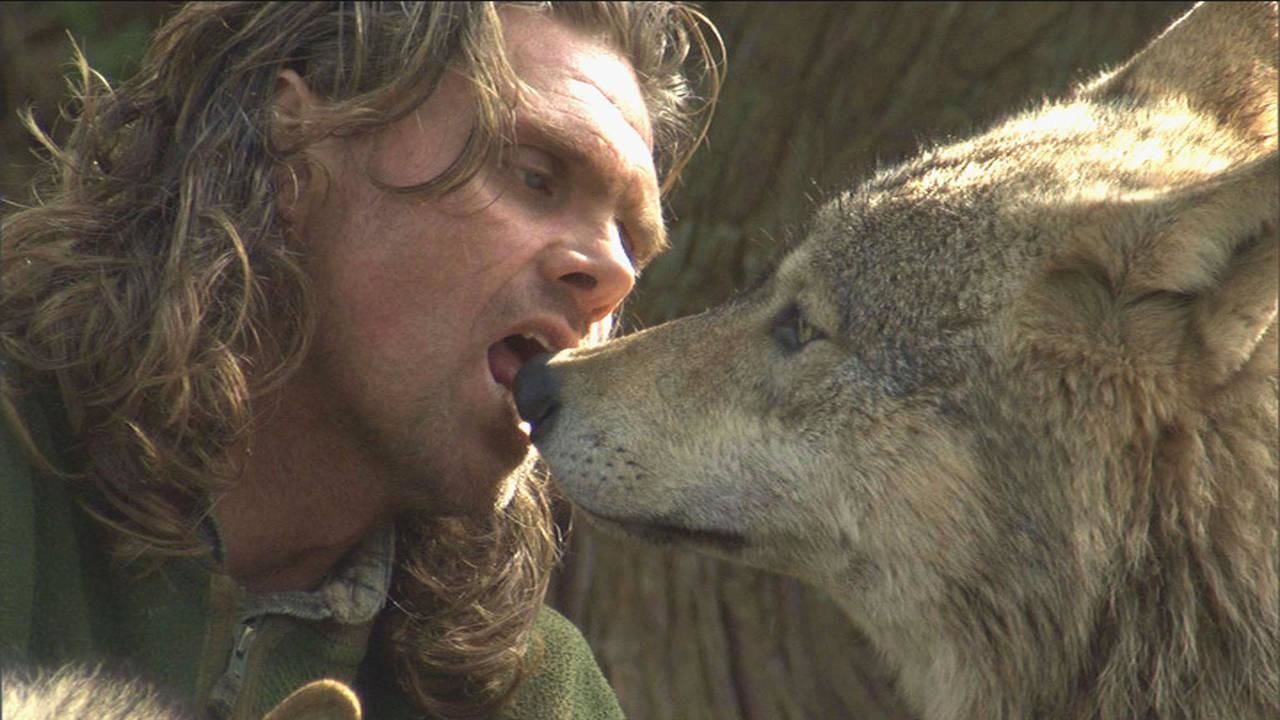 You could be excused for thinking this is the stuff of Hollywood legend, the idea that man is transformed into a werewolf under a full moon, but this is a true story. Wolves are seldom seen up close and rarely encountered, but one man has crossed the boundaries into their mysterious world.

The Wolfman, a one-hour special, tells the unique story of Shaun Ellis, a man who has given up everything to take a daring and unorthodox approach to understanding wolves’ every move — living and behaving like them, teaching three abandoned wolf pups by example how to survive in the wild. Howling, licking and snarling like them, even eating carcass meat like them.

“Although many people refer to [wolves] as savage killers,” he says, “I’ve come to know and love [them] as family.”

He has been called a maverick and a madman. What do scientific experts make of this attempt to wholeheartedly enter the wolf world? We find out from experts who are both intrigued by and sceptical of Shaun’s unorthodox methods — such as Dr. Chris Darimont, a wolf biologist with the Raincoast Conservation Society’s wolf project and instructor at the University of Victoria in British Columbia: “I do think the work of Shaun and other's who take an unorthodox approach to solving these wildlife human conflicts is of value, absolutely, and in fact, lots of progress that has been made in science over the last century and more comes from the mavericks, or the people that think a little differently”.

At first glance, Shaun looks like an average, rugged man: wearing a zippered fleece and muddy sneakers, his long hair is tangled, face weathered and scruffy. But while he may speak with a British accent, he readily shifts to a series of menacing growls or woeful howls, fiercely flashing his teeth or licking the muzzles of his North American timber wolf family, all in an attempt to communicate with them as one of them.

The programme follows every step of the wolves’ incredible upbringing, from their first howling lesson and eating meat pieces from Shaun’s mouth, to their growing independence and aggression during mealtime, even forcing Shaun to accept a more submissive role in the pack. Along the way, he shares bits of insight, explaining the proper howl for keeping rival packs away and deciphering mealtime competition over a fresh kill, right down to what determines which morsels will go to which pack member. Shaun also reveals the importance of scent to the social interactions of wolves, in addition to the role it plays in their perception of the world around them. It is a harsh battle each day, coming under nature’s laws and the wolves’ rules, to which Shaun has sacrificed everything: his life, marriage and family.
ADVERTISEMENT