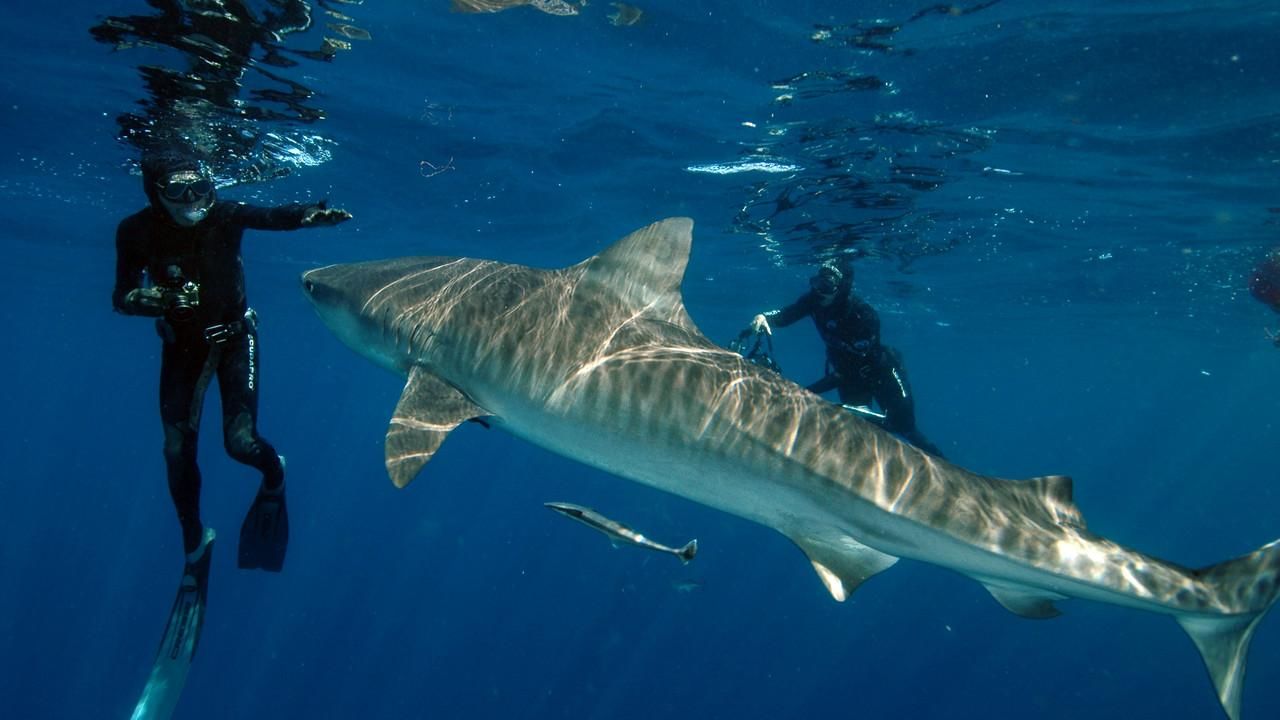 In warm waters around the world a cold-blooded killer hunts its victims. Mysterious in its movements, ferocious and feared, the terrifying Tiger Shark… distinctive in its dark stripes… These man-eaters are the stuff of nightmares… They can slip past our defences to savage us. Highly-adaptable hunters, they swallow up whatever they can catch. Even turtle shell is no defence against powerful jaws and saw-edged teeth.