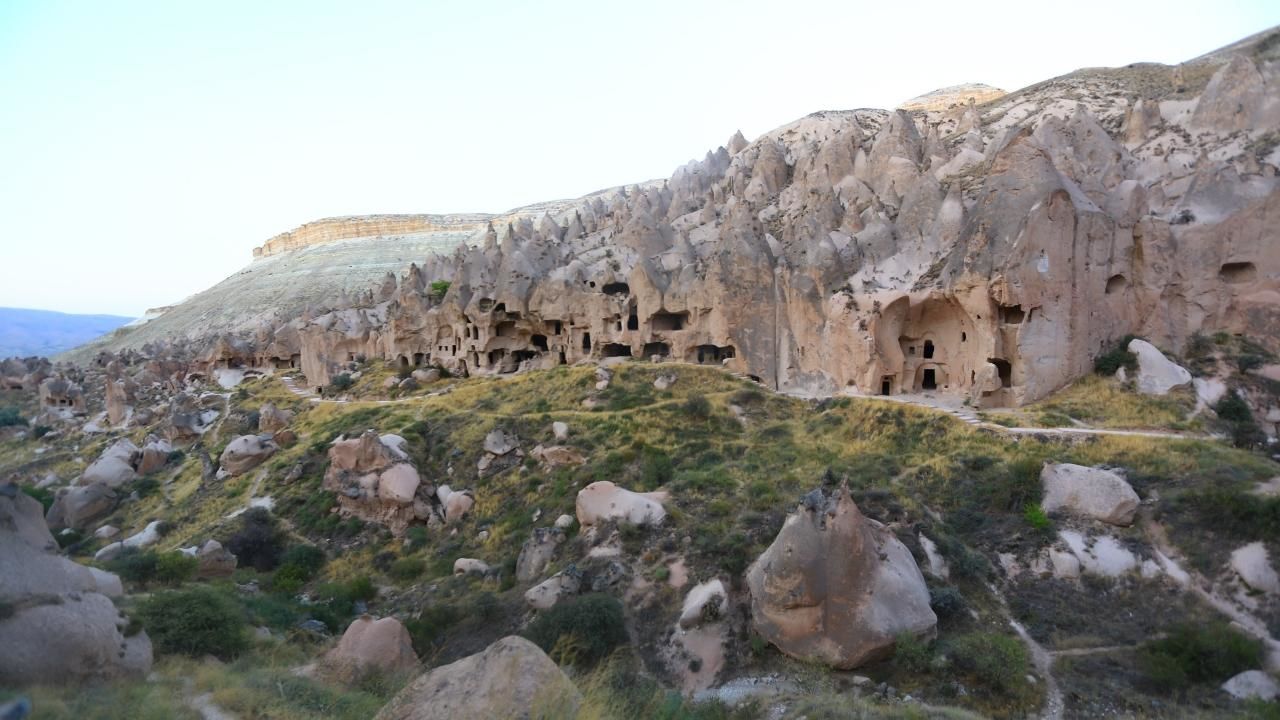 What does it take to safeguard the world's most famous places? How do you maintain buildings that are thousands of years old? How do you secure a historical structure that contains millions of dollars worth of artifacts? In this new series, we take you on an exclusive, all-access tour behind the scenes of select UNESCO World Heritage Sites to illuminate the work that goes into running and maintaining these treasured monuments, buildings, national parks and even entire cities, ensuring that they survive in the best possible conditions for future generations to enjoy.
UNESCO World Heritage Sites are testaments to the ingenuity of human civilization and the beauty of our natural world. The sites are spread all over the world and cover a range of cultural and national wonders from ancient pyramids to oriental palaces and even the Pacific Ocean. Yet, World Heritage Sites share one thing in common - they must, at all cost, be protected and preserved for the future with the utmost care.
Each hour highlights a single site and focuses first-and-foremost on the people at these historic monuments as they balance the pressures of preservation with the need to keep the sites open and accessible to everyone. We give viewers a backstage pass into the world of these caretakers. From guarding the treasures of the Taj Mahal to controlling pollution at the Great Barrier Reef, our cameras capture the day-to-day operations, the special conservation projects and even the grand private events. Through the superintendents, restorers, guides, gardeners and devoted animal experts, our viewers get an exclusive look into areas not open to the public - secret passageways, underground tunnels and treasure chests - home to thousands of years of history and millions of dollars worth of artifacts. We'll learn the stories behind each location - from gilded and bloody histories to the natural forces that make these sites irreplaceable.
Our first episode delves into the deepest Amazon, into the largest protected area of rainforest on the planet. We meet the researchers giving their lives to maintaining this wilderness - a jungle oasis of unique eco-systems and so many diverse creatures many have yet to be named. At the Taj Mahal, our cameras are the first to enter the secret tomb where the Shah who built the Taj is actually buried. Tourists only see "decoy" tombs in a room above. We go behind-the-scenes in the historic city of Kyoto to see how conservationists are struggling to keep the monuments and traditions of this living museum relevant in the modern age. We visit the Statue of Liberty as it undergoes the last of several upgrades since the tragedies of 9-11. Those events have led the Statue's caretakers to re-examine how to protect the Statue and keep its millions of visitors safe. As a result, the Statue has been closed often in the past decade. About to reopen, will she still have the same meaning for Americans and people around the world?
Additional episodes go behind-the-scenes at the Palace of Versailles - what does it take to maintain the extravagance of Louis XIV?; the buried cities of Cappadocia in Turkey, where early Christians built the world's first monastery and underground cathedral; Australia's Great Barrier Reef, one of the world's most highly endangered natural wonders; the temples of Indonesia's Borobudur, the world's largest Buddhist temple; and Africa's most famous monument, Mt. Kilimanjaro.
Set to broadcast in 2012 and 2013, the series has earned UNESCO's official support.