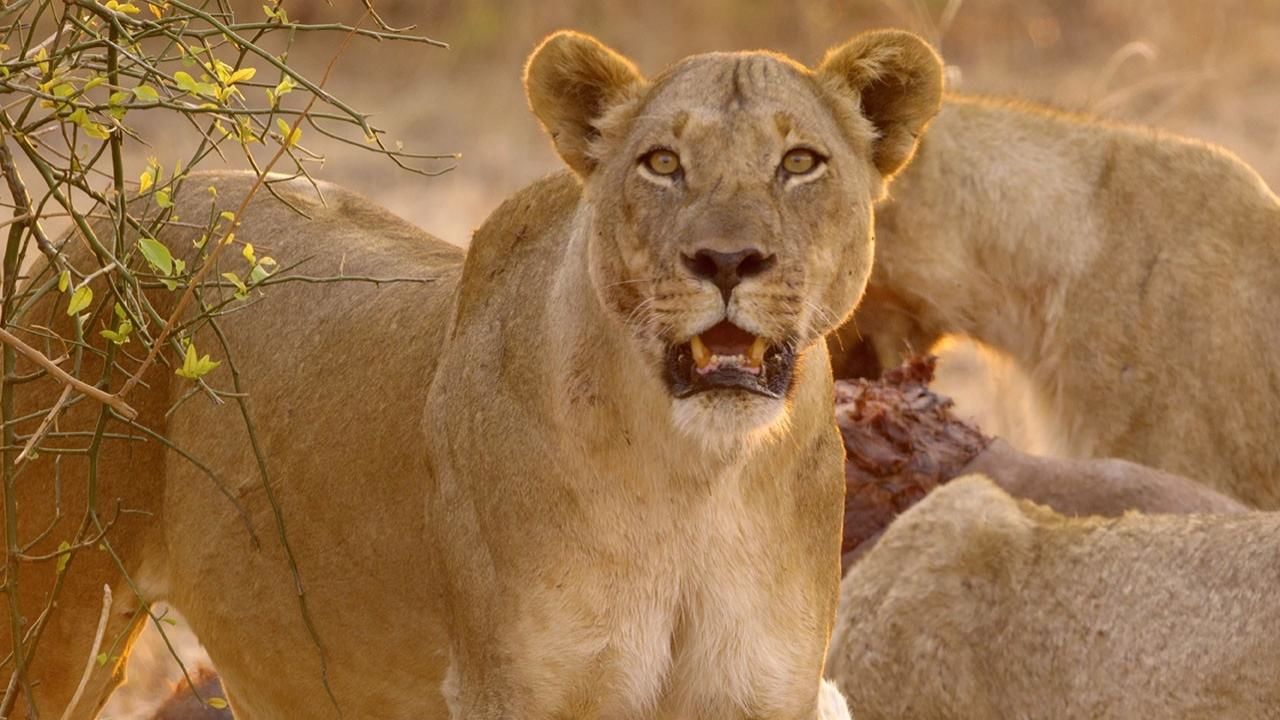 These six films follow the lives of some of Zambia's most formidable predators - lions, leopards, hyenas and wild dogs.   Using state-of-the-art thermal cameras, we follow characters night and by day, revealing their lives in intimate detail.
The Nsefu Pride is a 16-strong family of lions that preside over prime territory on the banks of the Luangwa River.   We follow two young cubs, the Dreamer and the Misfit, who form a special bond in this unforgiving valley. Meanwhile, their fathers - two big male lions - face challenges of their own as rivals close in. It's a dangerous time for this lion family, and the Kings of Nsefu are pushed to their limits as the dry season closes in, and tensions reach boiling point.
A few miles away is the territory of the Chimbwe Clan, a feisty family of hyenas. In contrast to the lions, the rulers here are all female, and young Spotty is the heir apparent, a princess in waiting. She needs to step up and assert her rights, making alliances and proving her worth, is she is to cement her position in the hierarchy. Waiting in the wings is a young male hyena Mizumu, who has been cast out from his natal clan.  He's already braved angry hippos and hungry crocodiles. But being accepted by the fearsome Chimbwe Clan will prove to be his toughest test.
The Luangwa valley is also home to young female leopard, Olimba, who recently claimed one of best territories for miles around.  But she has a lot to learn: she needs to perfect her hunting skills and defend her borders against rival leopards.
There's one more family of hunters roaming the bush: The Hot Springs Pack, a pack of wild dogs. This is a family in transition. The alpha male and female are wise and experienced, but when some of their young leave to form their own packs, the family begins to falter. The Hot Springs pups must grow up fast if the family is so survive.
One valley. Four predators. Six dramatic stories.
ADVERTISMENT
You need to install or update your flash player.