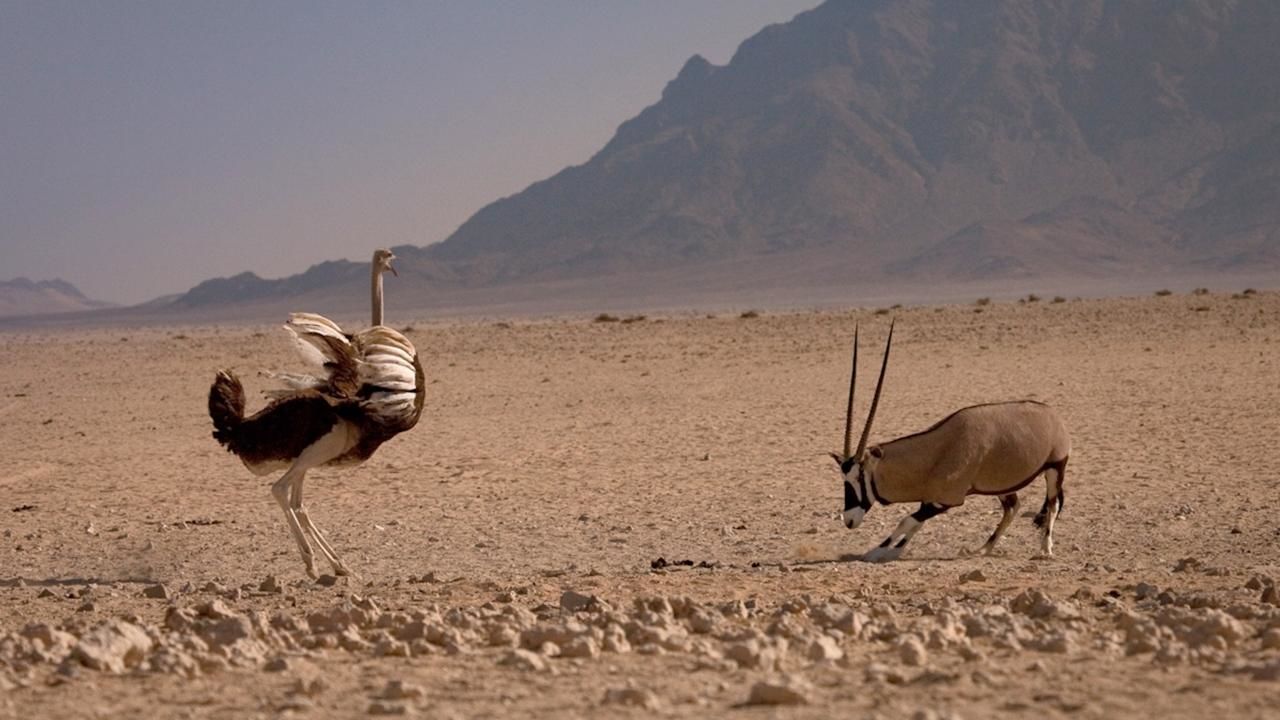 Around 150 wild horses—the likely descendants of horses abandoned by German and South African armies at the end of the First World War—live in the Sperrgebiet, 26,000 square kilometers of spectacular desert, grassland and rock land along Namibia’s west coast. This ‘Forbidden Zone’ of ghost towns was closed in 1908 to safeguard the diamonds that could literally be picked up in the sand, and later reopened in 2008 as a national park. Without water the horses should have died in the desert, but an artesian well from colonial times saved them. Now they trek through stunning landscapes between the well and the sparse grazing grounds, shadowed by spotted hyenas scanning for vulnerable foals or weaker older horses.
The film follows the horses through one of the harshest years on record. And through it all, the horses show remarkable solidarity. In a heartrending scene, a mare and stallion abandon—and then return to—their exhausted foal. In the meanwhile, an old horse enjoys a last dust bath with its fellows but can barely struggle to its feet to move on. At last, the rains bring scenes of pure joy as magnificent stallions and mares frolic and splash in their temporary mud baths.