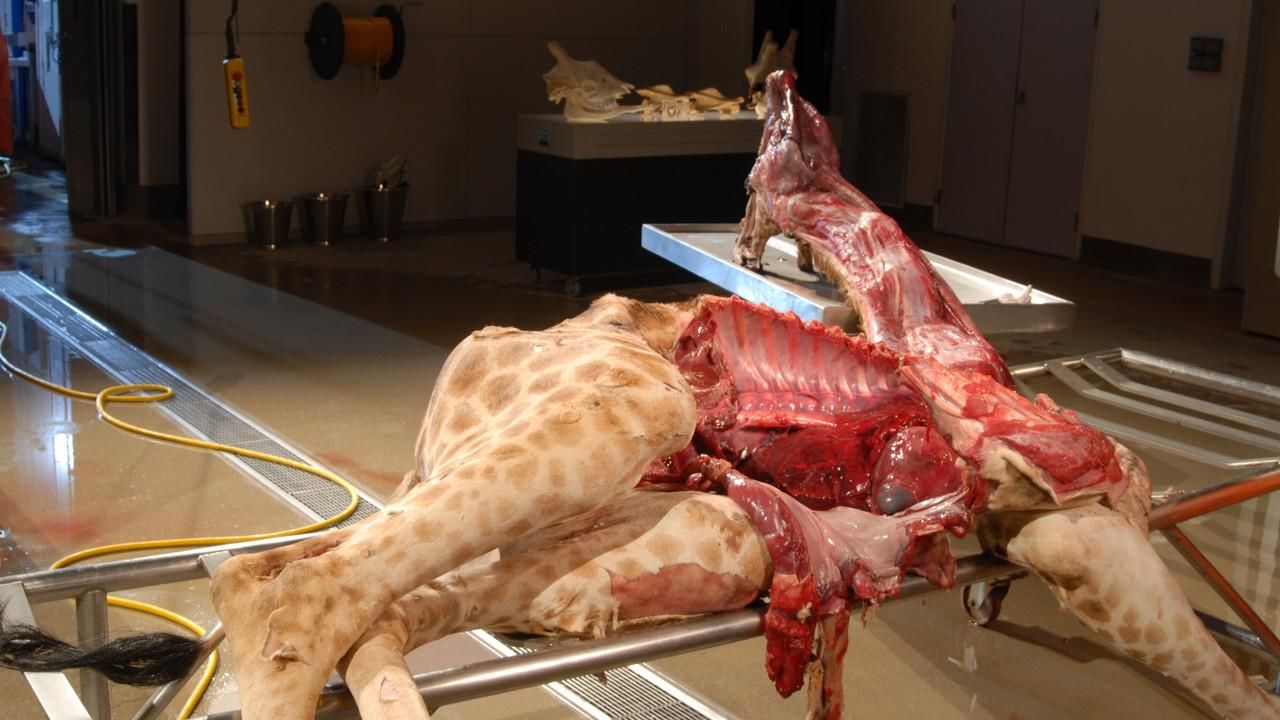 The four one-hour episodes will see leading biologists and veterinary scientists dissecting some of the largest animals on the planet, examining not just their biology but their ev...

Animal Autopsy will delve under the skin of the world's largest animals to reveal their unique anatomy and unravel their evolutionary secrets. Most wildlife documentaries show you how animals behave, but by exploring inside nature's giants we emerge with a deeper understanding of how these animals work. We will discover how elephants are able to consume so much food; why crocodiles have such an incredibly strong bite; why giraffes have such a long neck and why the closest living relative of the whale is a hippo. This is Natural History as you have never seen it before - from the inside out.