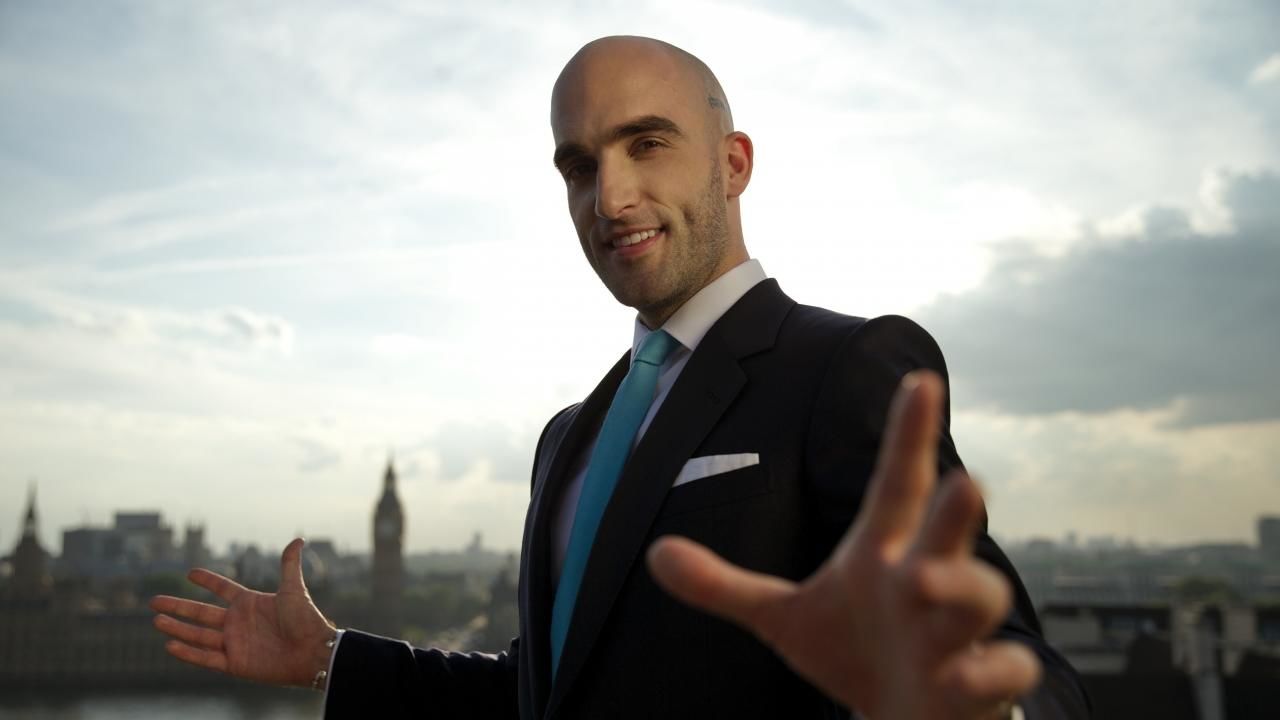 Explore the illusory realms of magic – from ESP to levitation – in Beyond Magic with DMC. Magician host Drummond Money-Coutts (DMC) bends audiences’ minds with captivating tricks on the streets of London, Paris, Barcelona, Mexico City and Singapore.   Inspired by the brilliant minds of Houdini, famed for his sensational escape acts; Karl Zener, known for his work in extra-sensory perception (or ESP); and spoon bending extraordinaire Uri Geller, DMC masters their mind-blowing stunts, offering a few twists and turns of his own in front of live audiences.  The remarkable art form never ceases to amaze – and stun.
Taking in classic routines, and the worlds of Eastern Mysticism, martial arts and Asian-inspired magic, DMC travels to Singapore where he meets with renowned Chinese magician Lu Chen to learn how Asian magic seeks to bring the notion of dreams to life. In London, DMC performs shocking pieces of close-up magic and a classic card trick while on the medieval streets of Barcelona he dabbles in modern art, creating an installation using stage illusion. The baffling piece of magic combines the art of prediction, perspective and illusion, after dark.
ADVERTISMENT