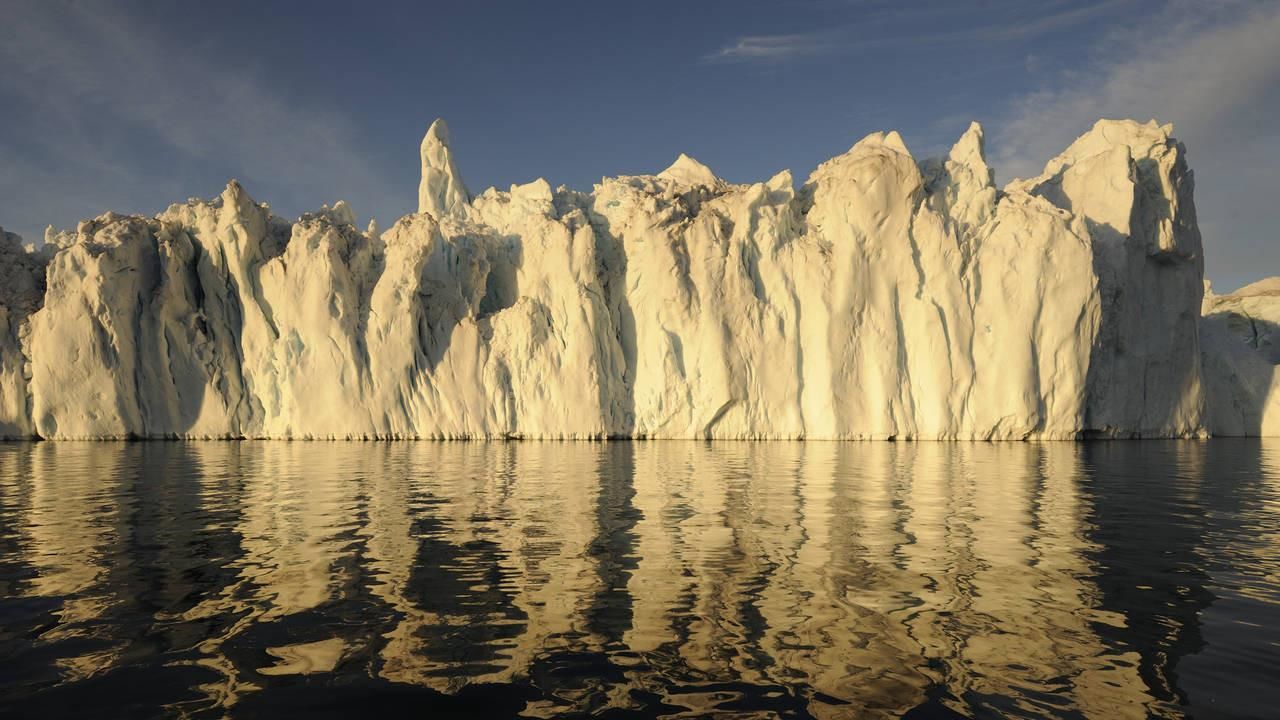 • In the early 1980’s, the Columbia started flowing faster and began calving far more ice into the ocean than was being replenished by snowfall upstream.

• In the last thirty years the Columbia has receded 16 kilometres up the fjord.

• The Columbia is moving at 16 metres per day, eight times faster than it was thirty years ago.

• In the last decade, temperatures in Greenland have shot up by about 3 degrees Celsius.

• Jakobshavn glacier in Greenland is now moving at a clip of 14 Kilometres per day, almost twice as fast as a decade ago.

• Greenland is already losing 150 billion metric tons more ice every year than it gains in snowfall.

• As Greenland’s ice sheet cooks down, the meltwater collects in depressions in the ice, forming thousands of lakes, some over several kilometres wide and nearly 15 metres deep.

• Over the last forty years, temperatures in Alaska have risen about 2 degrees Celsius - twice as fast as the global average.

• The consensus is that in the next 50 to 100 years, mountain glaciers almost everywhere will simply disappear.

• From the loss of mountain glaciers alone, sea levels will rise by almost 30 centimetres, displacing millions of people around the world.

• Ice cores show layers, and thickness that tell how much snow fell that year.

• Meltwater lake water drops all the way to the bedrock. There, it lifts and lubricates the ice sheet and accelerates its slide.

• In the next hundred years, the oceans will expand on their own as they warm, accounting for about 30 centimetres of sea level rise.

• A 30 centimetre rise in sea level will likely come from the loss of the world’s mountain glaciers as they melt away.

• The total rise in sea level equals an estimated sea level rise approaching one metre by about 2100.

• Over 100 million people live within a metre of sea level.
ADVERTISMENT