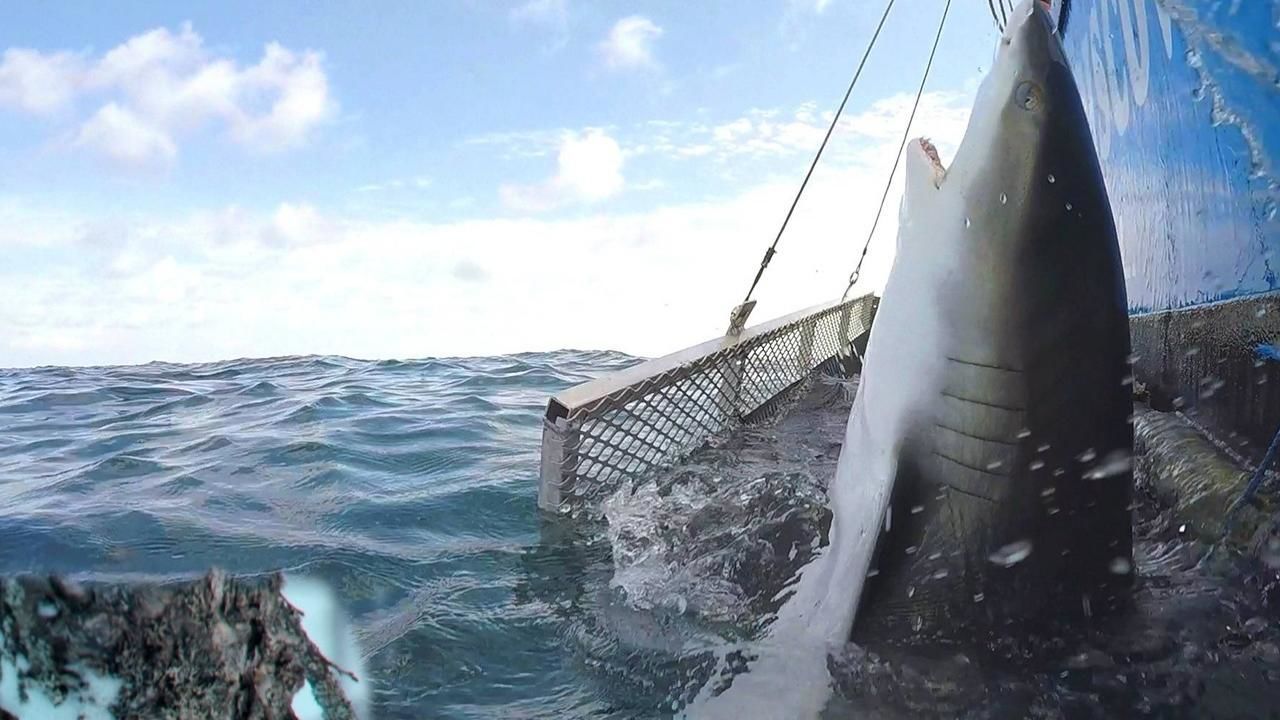 Sharks have ruled the seas for many years, with evolution having created the perfect predator beneath the waves. Their sleek torpedo shaped bodies and incredible speed allow them to hunt down animals within their domain. In Blitzkrieg Sharks, watch how sharks seem to be going off menu—sinking their teeth into creatures of the land and sky. Join scientists to uncover why terrestrial birds are ending up in the stomachs of tiger sharks in the Gulf Mexico and how Galapagos sharks are targeting Monk seal pups on the sand. Have sharks become restless in their ocean realm and begun to stalk the creatures of the land and air?
Read More