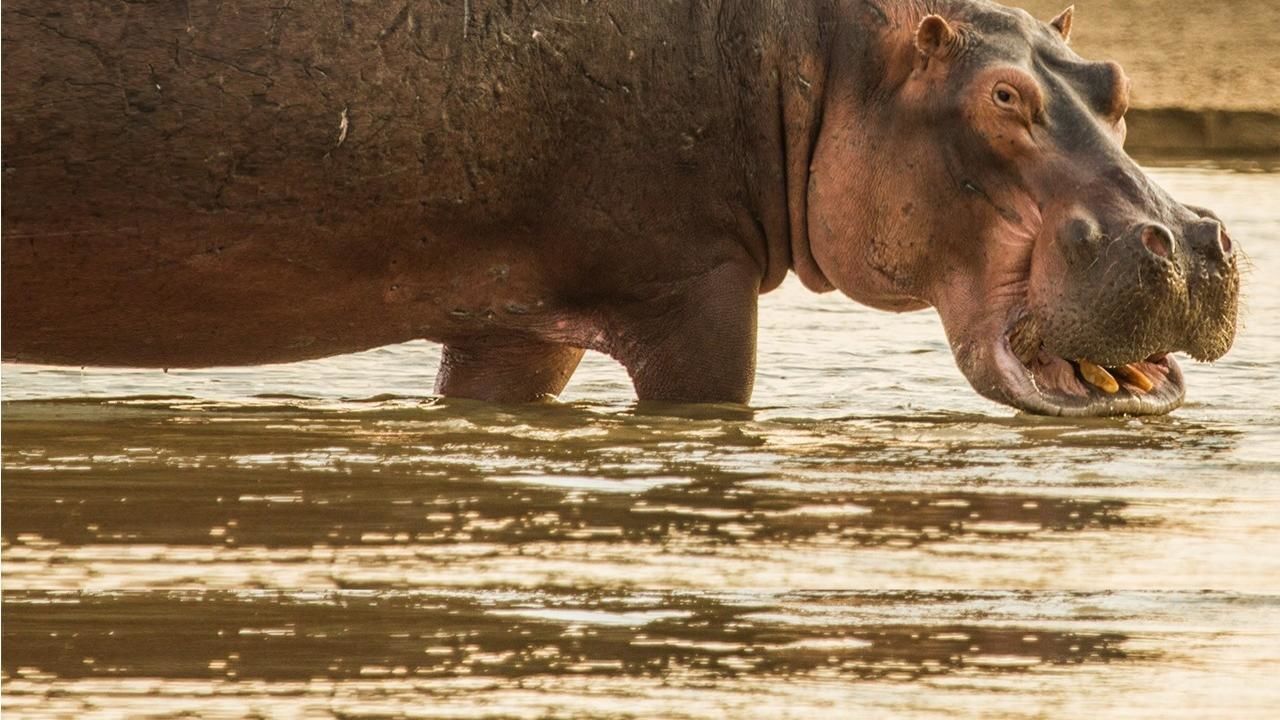 Wrath. Envy. Lust. Greed. Sloth. Pride. Follow ‘the Don’—a dominant hippo bull—as he fights to maintain control of his empire. By day, we see the indisputable rule of this cantankerous killer as he battles his biggest threat, a rival bull, for mating rights. The Don must also defend his territory against a new threat in the neighbourhood…a roving pride of lions that, like hippos, needs access to both water and land. The hippo boss is fiercely territorial and will kill to defend his patch. However, at night, thermal and infrared imaging expose his secret transformation. The Don is no longer a fierce, territorial warrior...but a skittish, lumbering vagrant in search of food. Despite boasting enormous canine teeth, hippos are grazers and the Don and his family must leave the safety of the river and run a gauntlet of lions, in order to get to their grazing lands. Journey to a realm seldom seen, where hippos reveal their mysterious nocturnal activities and act out rarely witnessed behaviour.
ADVERTISMENT
You need to install or update your flash player.