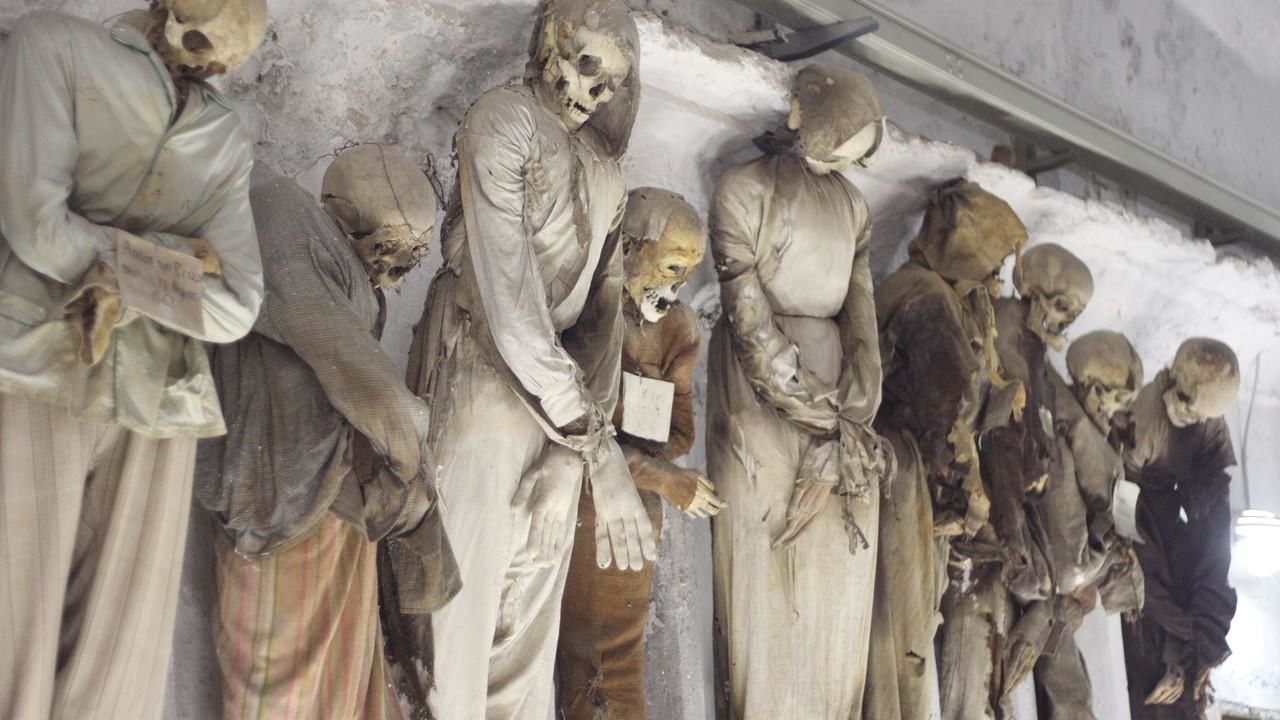 Deep down in the catacombs of Palermo more than one thousand mummies lie below a Capuchin monastery: One of the greatest collections of preserved bodies worldwide. They lie in alcoves, rest in open or closed coffins or hang on the walls. Among them, one the world's best preserved corpses: The little girl Rosalia Lombardo lies in her little casket as if she was sleeping - after more than ninety years. However, Rosalia and the other mummified cadavers are endangered. The preserved bodies in their old clothes are decomposing. Rosalia, too, has started to show signs of decay. In a large-scale research project, scientists specializing in mummies are fighting to preserve the remains of the dead citizens of Palermo. In order to save Rosalia, they have to decipher the technique of her conservation. However, the man who mummified her, died without revealing his secret formula. The scientists succeed to achieve a sensation by taking one cautious investigative step after the other: They discover the secret of her preservation and take up the battle against decay.