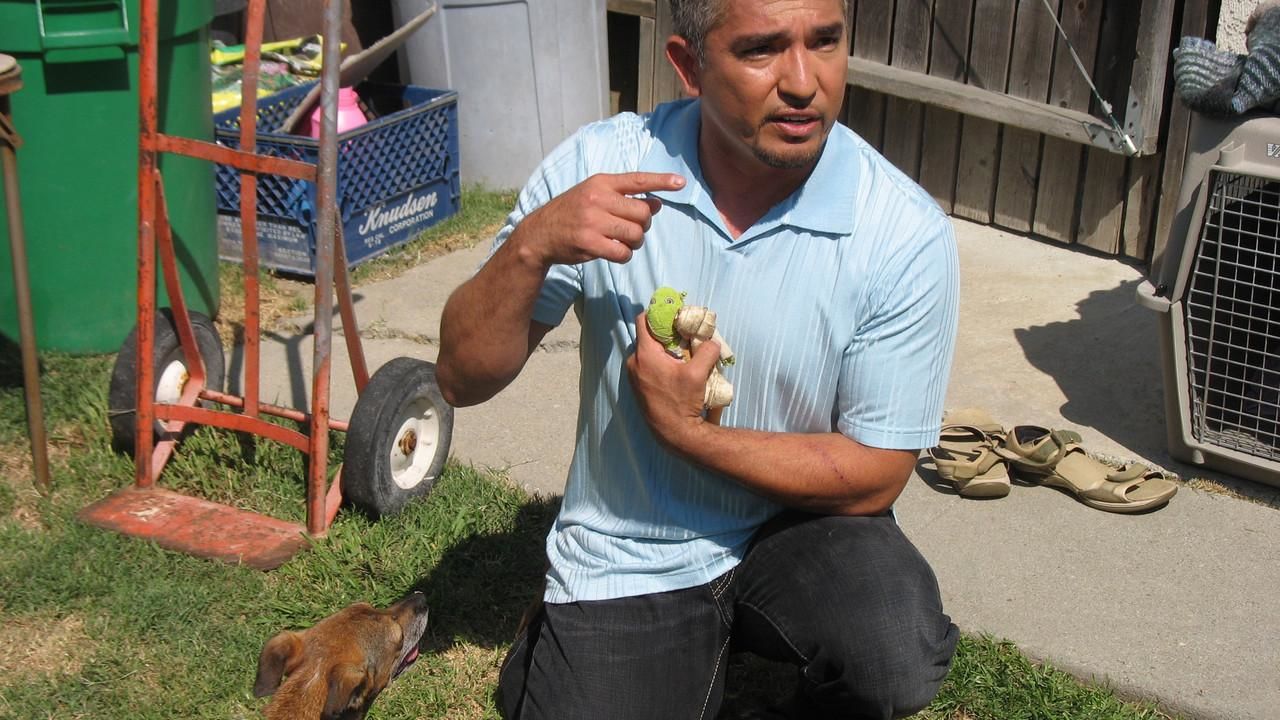 Dasher often becomes fixated on his toys and bones, guarding them from anyone who comes near. Dasher has bitten Shannon several times, and Shannon fears playing with Dasher because of has extreme mood swings. The Benecke's are ready for a change. Like most dogs, Riley has a grudge against the mailman, but she's also developed a taste for skateboarders and other dogs. Jessica and Sean walk him daily, but even though Sean is a weight trainer and Jessica a life coach, neither one of them can control Riley. Riley has already bitten someone, and Jessica is worried that if she can't control Riley on the walk, someone may be seriously hurt. Not only does he hate Daphne's deodorant and hair dryer, he has become completely out of control around the iron and ironing board. Daphne thought this behavior was cute at first, but once he started to attack the electrical cord, she became fearful for his safety.