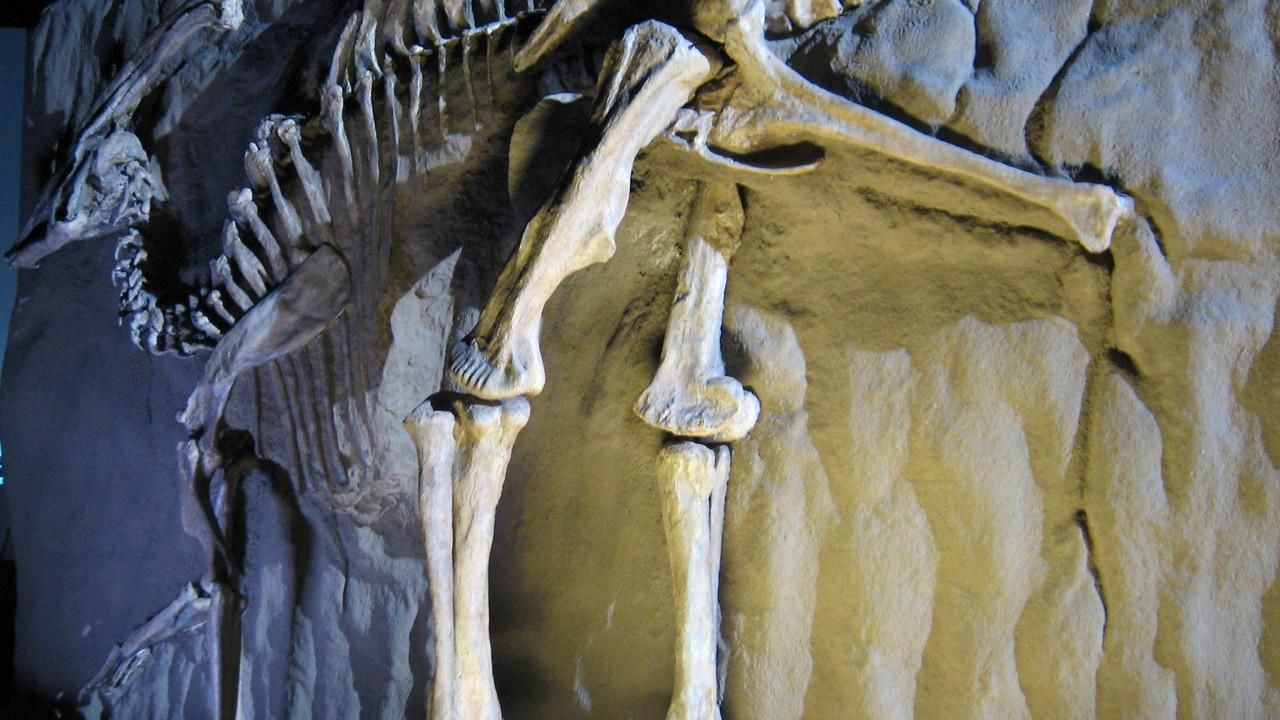 The Pit of Death - Envision dinosaur corpses stacked one on top of each other, piled four and five high.

The Pit of Death is what some scientists are calling it, others "Dinosaur Pompeii". Envision dinosaur corpses stacked one on top of each other, piled four and five high. But not just any old dinosaurs, new, well-preserved skeletons - many that have never been seen before. A bizarre T. rex ancestor, a triceratops ancestor, an ancient crocodilian and nearly 40 different species dating back 160 million years, a time in dinosaur history of which little is known. The graves of these new species are uncovered deep in the dry and desolate Junggar Basin of western China and a team of palaeontologists unearth answers to this virtual black hole in dinosaur evolution. Watch as the bones are examined, reconstructed and brought back to life, using high resolution CGI, and slowly probe the...
Read More