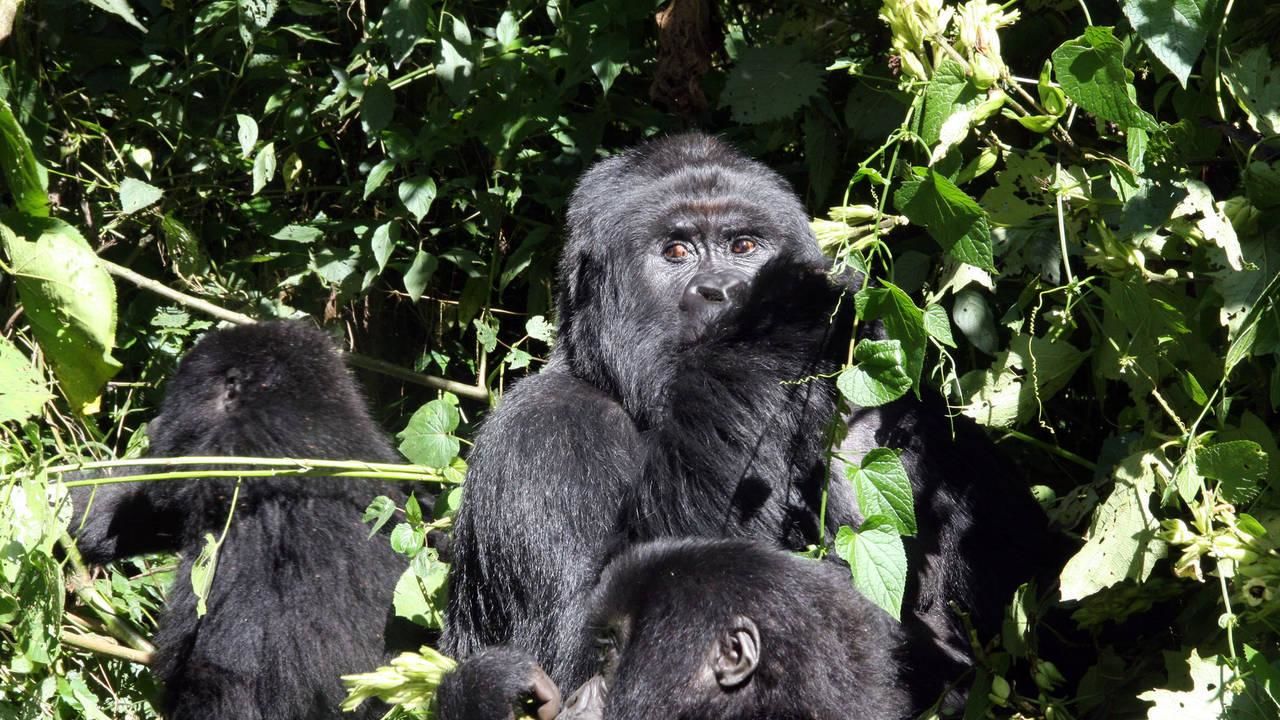 We unravel the web of corruption and mystery surrounding the murders of six rare mountain gorillas.

Only an estimated 720 of these primates remain in the wild, and this is one of the worst massacres of mountain gorillas since scientist Dian Fossey began battling poachers 40 years ago in the very same region. We travel to eastern DRC to offer the full untold story behind the massacre. Central to the story is Stirton, a South African war photographer who was on-location when the murdered gorillas were found. We offer exclusive testimonials from eyewitnesses, including Stirton, who discuss the hunt to bring the perpetrators to justice and the desperate efforts to protect the remaining gorillas.

While the tragedy of the slain gorillas captured the attention of the world, their story only scratches the surface of this complex and often tumultuous region. Located in the DRC, Virunga National Park and its endangered primate residents have been caught in a deadly crossfire between militia groups and the Congolese Army. Outnumbered and outgunned, the park rangers, more than 110 of whom have been killed in the past decade, are the unsung heroes of this story. Their unwavering commitment to the mountain gorillas' survival is the stuff of true courage.

Join us as we unravel the web of corruption and mystery surrounding the murders and investigate charges against the man now accused of masterminding them, Honore Mashagiro, the former chief warden of the park. National Geographic's access provides a chance to tell a horrifying "whodunnit" story. In the end, one man will be falsely accused of the crime, one will stand trial and one will hold the park hostage, along with the remaining mountain gorillas that live there.