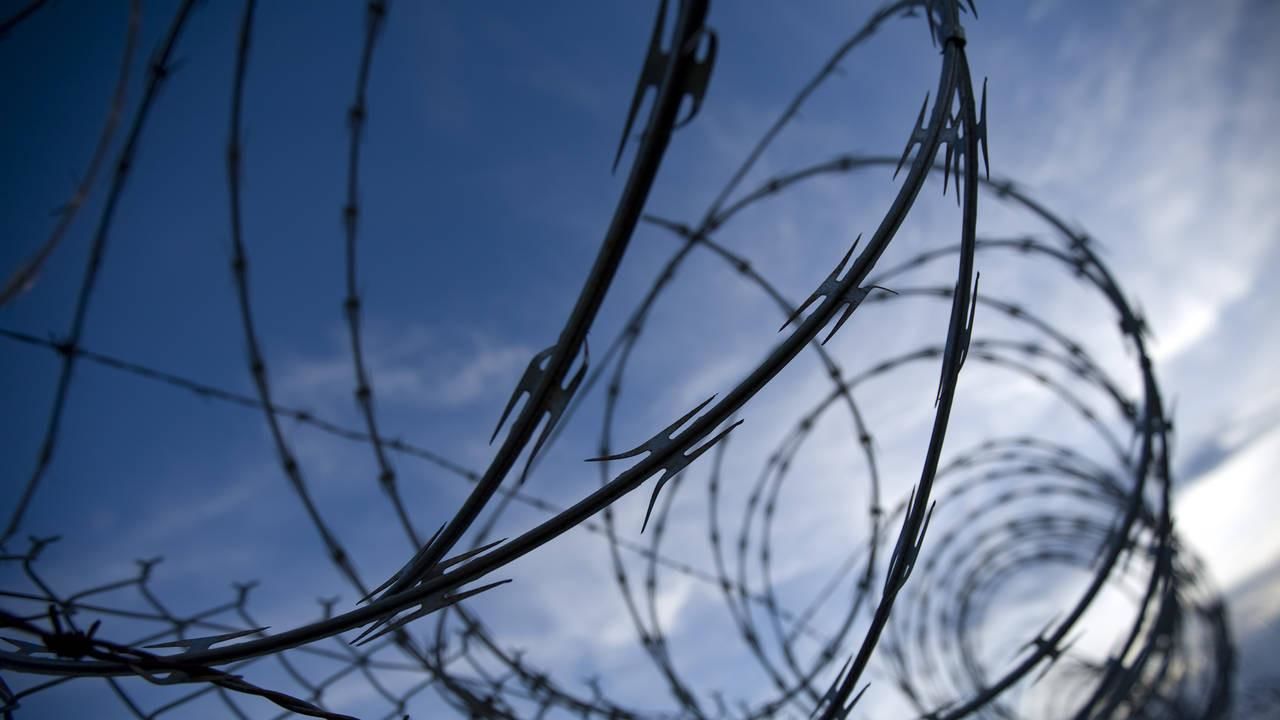 While President Barack Obama has signed an executive order to close the detention facilities at Guantanamo within his first year in office there is uncertainty as to how this action will be undertaken. Here is an outline of Guantanamo Bay’s history from a naval base to a detention facitliy.

U.S. Naval Base Guantanamo Bay is the oldest U.S. base overseas and the only one in a communist country. Located on the southeast corner of Cuba, the base is about 645 kilometres from Miami. The base now serves as a strategic logistics point for the Navy’s Atlantic Fleet and supports counterdrug operations in the Caribbean.

In December 1903, the United States leased the approximately 116 kilometres of land and water for use as a coaling station. A treaty reaffirmed the lease in 1934, granting Cuba free access through the bay and an annual payment in gold, and requiring that both the United States and Cuba must mutually consent to terminate the lease.

Relations between the United States and Cuba declined in the late 1950s during the Cuban Revolution led by Fidel Castro. On Jan. 1, 1959, Cuban territory outside the confines of the base was declared off-limits to U.S. servicemen and civilians.

In October 1962, President John F. Kennedy announced the presence of Soviet missiles in Cuba — the start of the Cuban Missile Crisis, which resulted in a naval quarantine of the island.

On Feb. 6, 1964, Castro cut off water and supplies to the base in retaliation for the U.S. government fining Cuban fishermen for fishing in Florida waters. Since then, Guantanamo Bay has been self-sufficient, with its own water and power sources.

In 1994, the U.S. Navy and Coast Guard intercepted tens of thousands of Cubans in the Florida Straits — many sailing in unsafe boats and rafts — and sheltered them in tent camps at the naval base before negotiating a U.S.-Cuban migration accord. Since then, Guantanamo Bay has retained a migrant operations mission. In 1996 and 1997, the base was involved in two contingency migrant operations that involved the interception of Chinese migrants being smuggled into the United States.

After the United States invaded Afghanistan in the wake of the September 11 attacks, prisoners suspected of being al-Qaida members or supporters were transported to Camp X-Ray at Guantanamo, which was initially intended to be a temporary detention facility.

In 2002, President Bush decided to make Guantanamo the central prison for suspects considered unlawful enemy combatants in the war on terror. In April, terror suspects were moved to permanent detention facilities at Camp Delta within Guantanamo.

Six years later, in October 2008, President Bush ruled to keep the prison open after reviewing proposals drafted in the State Department and the Pentagon outlining options for shutting it down and transferring the detainees to other facilities.

PRISONS IN THE WAR ON TERROR

The prison at Guantanamo Bay is just one of the many detention facilities housing detainees in the War on Terror. Some sites are well known — such as the infamous Abu Ghraib prison in Iraq — while others, called the CIA “black sites,” operated clandestinely. According to the human rights group Reprieve, the United States has acknowledged that 26,000 individuals are currently held in secret prisons. Also according to Reprieve, an estimated 80,000 prisoners have been through the system since 2001.

The largest Central Intelligence Agency (CIA) prison in Afghanistan had the code name Salt Pit. Reports indicate that in 2002, a detainee allegedly froze to death after he was stripped and left chained to a concrete floor all night. Due to concerns about soldiers’ safety travelling on the road to the prison, it was relocated to the Bagram Air Base approximately 43 kilometres north of Kabul.

The U.S. military also has a detention facility inside Bagram, which was set up after the invasion of Afghanistan. When the flow of terrorism suspects to Guantanamo Bay largely stopped in 2004, an increasing number were sent to Bagram and it became overcrowded. Now, construction is under way on a new facility. Many of the prisoners have been transferred to a newly constructed prison run by the Afghan military, but the military detention facility at Bagram is still in use.

In 2004, CBS’s “60 Minutes” aired photos taken at Abu Ghraib depicting guards posing with prisoners who had been forced to assume humiliating positions. A report by Major General Antonio Taguba described numerous instances of criminal abuse of detainees at Abu Ghraib between October and December 2003. In 2006, control of Abu Ghraib was handed over to the Iraqi government.

The primary military detention centre in Iraq is Camp Bucca. The vast facility on the Iraq-Kuwait border houses more than 15,000 Iraqi prisoners and 8,000 jailers. Reportedly, Bucca is expected to be shut down in mid-2009, at which time any remaining detainees will be transferred to another camp at an air base near Baghdad.

The CIA operated a network of secret prisons called “black sites” between 2001 and 2006. These overseas sites were chosen because it is illegal to hold prisoners covertly in the United States.

The CIA has refused to release details, but the black site prison system allegedly included at various times sites in Thailand, Afghanistan, several Eastern European states and a facility within the military prison in Guantanamo Bay.

On September 6, 2006, President Bush acknowledged in an address to the nation that the CIA had held prisoners in secret without charge for years, and that detainees had been subjected to tough “alternative” interrogation procedures. The president said that he had emptied the sites and that the prisoners had been transferred.

In 2006, the U.S. military transferred 14 “high-value” terrorism suspects from secret sites to the main prison at Guantanamo Bay. The group included Khalid Sheik Mohammed, the alleged planner of the September 11 attacks; senior al-Qaida aide Abu Zubaida; and an Indonesian extremist known as Hambali who has been linked to bombings in Bali and the Philippines. President Bush asserted that interrogations of these detainees by specially trained CIA officers yielded information that led to the unravelling of al-Qaida plots to manufacture anthrax spores, attack a Marine base in the African country Djibouti and the U.S. consulate in Pakistan, and to fly a passenger plane into a site in London.

The CIA’s practice of transferring captured terrorism suspects to countries where interrogation practices are allowed that would be illegal in the United States is known as extraordinary rendition. Allegedly, prisoners were sent to countries including Syria, Jordan, Morocco and Egypt. According to the human rights group Reprieve, there have been more than 200 new cases of rendition since 2006.

The United States allegedly has housed detainees in “floating prisons” on as many as 17 ships since 2001. According to the human rights group Reprieve, detainees are interrogated onboard the ships and then transferred to undisclosed locations.

A declassified CIA interrogation manual was released in the 1990s after pressure from US newspaper the Baltimore Sun. The manual highlights the interrogation techniques used by authorities to gain information from suspects, but it also contains interrogation tips, suggesting, for example, that interrogation rooms should not have windows, be dark, soundproof and have no toilet facilities.

Below we highlight some of the best known interrogation methods that have been used in the past to extract information from suspects.

Water Boarding: Possibly the most controversial of all interrogation methods used by the CIA, water boarding works by tricking the mind of a suspect into believing they are about to drown. It works by fastening a suspect to a board, with their head lower than their legs and then wrapping their face in plastic. Water is then continuously poured onto the suspect’s face until the gag reflex kicks in and the terrifying psychological effect of drowning sparks fear in the suspect to confess.

Sleep Deprivation: Reported to be an extremely effective way to disturb even the most hardnosed of suspects, sleep deprivation involves keeping a suspect awake for a long period of time – typically several days - until they part with vital information.

Left to Stand: Amazingly simple, but highly effective, this method of interrogation involves the suspect being made to stand on the spot, often handcuffed, for a prolonged period of time; up to 40 hours in many cases. Due to the fact that they are forced to stand, suspects also suffer from sleep deprivation also, magnifying the effect of this interrogation technique.

Hyperthermia: This technique involves leaving a suspect in a cell, typically naked, and soaking them in freezing water. The cell is also maintained at a freezing temperature to make the prisoner as uncomfortable and as close to hyperthermia as possible.

Sensory Bombardment: As the cult move A Clockwork Orange demonstrates, sensory bombardment can have a significant impact on an individual’s mental state. Interrogation techniques like this involve bombarding a suspect’s senses – hearing, sight, smell – for a prolonged period of time. Intense bright lights, loud noises or strong smells are used to confuse the suspects, so too are repetitions – such as being forced to listen to the same music over and over again or having a light continuously shone into your eyes.

Isolation: A common form of punishment in prisons, as well as military interrogations, isolating a prisoner for long periods of time can bring about the desired results. Left alone in a cell for a number of days, prisoners become increasingly stressed and agitated about their situation, making them ripe for confession.

Slap and Grab Techniques: While extreme physical violence against prisoners and ‘torture’ are deemed illegal under national and international law, including the Geneva Convention, less physical techniques are often used by interrogators. A number of ‘grabs’ and ‘slaps’ are often used by interrogators and they include; the attention grab, which involves continuous shirt pulling; the attention slap, which, as the name suggests, is an open-handed slap to a part of the body and the Belly Slap; again, as the name suggests this is a slap to the belly. All of these techniques have been developed to cause pain and scare suspects, but to produce no long-term damage.