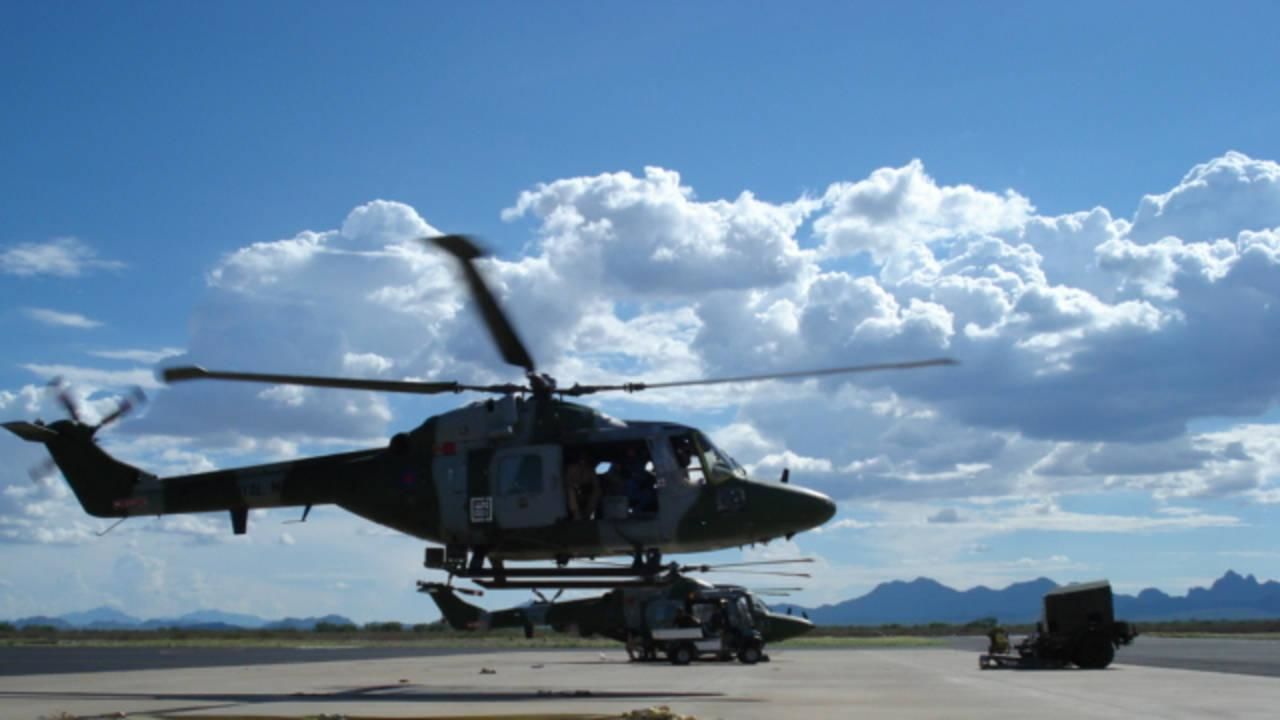 James joined the Royal Navy in May 1991 as a Pilot in the Fleet Air Arm. During his career, James has flown over 14 different types of Helicopters on Operations in Northern Ireland, Iraq and Sierra Leone, and on Exercises from the Arctic in Northern Norway, the jungles of Brunei and the Iraq desert. In Belize, James flew in support of the American Drug Enforcement Agency and their missions. A pilot with the UK Maritime Counter Terrorist Squadron, James flew a number of missions with this elite group. More recently James was awarded a Distinguished Flying Cross for gallantry in Iraq in 2003 This was the first time a DFC has been awarded to a Fleet Air Arm pilot in over 50 years.

Jeffrey Val Peterson was born on the 13th of June, 1967 in the U.S., the only son in a family of six children. He attended Brigham Young University, Arizona State University and the University of Phoenix, and received a bachelor’s degree in Business Management and an MBA. As a youth growing up, he always wanted to fly and at ASU he enrolled in Air Force ROTC and was commissioned as an officer upon graduation. He was trained to fly jet aircraft, but then switched to helicopters. He has served for over 17 years in the Air Force and holds the current rank of Lt. Colonel.

Peterson pilots the Pave Hawk (Black Hawk) helicopter that is used in Air Force combat search and rescue and special operations missions. He and his crew have participated in over 100 combat missions in Afghanistan as well as numerous missions at home, rescuing stranded mountain climbers, forest fire fighters, and other accident victims.

In his current job, he serves as the lead “Combat Search and Rescue – CSAR – Test Program Manager” at the Air National Guard / Air Force Reserve Test Centre in the U.S., in charge of flight and ground testing on the HH-60G, HC-130 and Guardian Angel for all of the Guard and Reserve.

Thomas Baca is a native of Albuquerque, U.S., and is well known in New Mexico Aviation circles. He graduated from high school in 1963 and enlisted in the U.S. Army with hopes of selection to Army Warrant Officer Flight Training. He entered flight training in 1965 and flew helicopters in Vietnam in 1966-1967. He returned to Vietnam in 1970 for another year of service, flying RU-8 fixed wing aircraft. He accepted a commission during his second tour. He served as an Infantry company commander and staff officer in addition to other assignments. He retired from the Army in 1983. Baca was awarded the Soldiers Medal, Distinguished Flying Cross, Bronze Star and 38 Air Medals during two tours of duty in Vietnam. He has over 10,000 hours of flight time in all types of aircraft. Currently he is the Aviation Director for the State of New Mexico and is responsible for financial grants, safety, education and support to 54 airports in the state.

Baca is a graduate of the University of Southern Colorado. Governor Bill Richardson appointed him Aviation Director in New Mexico in July, 2004.

Larry Liss was born and raised in Bryn Mawr, U.S. He is a graduate of the Pennsylvania Military College, now Widener University. He has a degree in English Literature and a minor in Military Science. He was commissioned a Second Lieutenant in June 1963.

He completed his military service in April 1970 as a Captain. He served in Vietnam on the ground in a number of major battles, including an assignment as a Pathfinder, Assistant Detachment Commander, during Operation Junction City. He received his wings as a Helicopter Pilot in September 1966 and served as a combat helicopter pilot from September 1966 until February 1968. His seven years of service included being a lead scout while assigned to the 2/9th Cavalry on the Czech/German border during 1964-1965 and finally as an Instructor Pilot at Fort Walters, Texas, from 1968 through April 1970. Some of his awards while serving with the United States Army are 25 Air Medals, one for Valour, the Bronze Star, three Purple Hearts, the Valorous Unit Commendation and the Distinguished Flying Cross for Valour. During his flying career he amassed a total of more than 4,500 hours of flight time.

Jack Swickard served in the U.S. Army for four years, from December 1965-December 1969. From February 1967-February 1968, Swickard was a pilot with the 118th Assault Helicopter Company stationed at Bien Hoa, Republic of Vietnam. During his year in Vietnam, he was awarded two Distinguished Flying Crosses, the Bronze Star Medal, 23 Awards of The Air Medals, and the Vietnam Cross of Gallantry. On his return from Vietnam, he served as adjutant of the 155th Aviation Battalion at Robert Gray Army Airfield.

After leaving the Army, Swickard returned to The Albuquerque Tribune as a reporter. He later was promoted to city editor, where he was in charge of the newspaper’s local coverage. In 1974, he was named editor of the Roswell Daily Record in Roswell, New Mexico. Fifteen years later, he became editor, then editor-general manager of The Daily Times in Farmington, New Mexico.

Born in Edinburgh in 1946, Commander Ian Stanley joined the Royal Navy in 1963 to undertake a Naval Engineering Apprenticeship. Selected for Pilot training, he joined BRNC Dartmouth in 1967 and commenced flying training that September. He flew Chipmunks trainers before moving onto helicopters, flying the Hiller HT2, Whirlwind 7 and finally the Wessex HAS 1. His first operational job was in 1969 as second pilot flying the Wessex HAS 1 of HMS LONDON.

Throughout his aviation career he flew the following helicopters in various Appointments: Wessex HAS3, Whirlwind 9, Hiller HT2, Whirlwind 7, Gazelle, Wasp HAS1, Wessex 31B, Bell UH1B, Bell Jetranger, Wessex 5, and SeakingHAS2/5. He also flew the Jetstream 31 twin turbo prop. His appointments varied from flying instructor at Culdrose Naval Air Station and with the Royal Australian Navy in Nowra NSW, Flight Commander of a Wasp Flight in HMS AJAX, Senior Pilot of 771 Naval Air Squadron, Flight Commander, HMS ANTRIM flight, and Commanding Officer 706 Squadron 1983-85. On promotion to Commander in 1986, there followed an Aviation Management appointment primarily responsible for the operational capability of Naval Helicopters. He also served in the NATO Maritime Tactical School as one of the teaching staff.

He was the Aviation Commander of the Royal Naval Air Station at Portland (91/92) and, subsequently, HMS ARK ROYAL (93-95) during the Balkan conflict providing Sea Harrier support to the operation. He retired from the Royal Navy in 1999 and then flew Naval Jetstream aircraft as a civilian until 2003.

He served in the Falklands conflict flying the Wessex 3 of HMS ANTRIM and was awarded the Distinguished Service Order for his flight’s contribution to the retaking of South Georgia. As a Commander, he also served on the Staff of the Joint Force commander in the first Gulf War, being part of the advanced staff during the retaking of Kuwait.

Chris Parry was educated at the Portsmouth Grammar School and read Modern History at Jesus College, Oxford. He joined the Royal Navy as a Seaman Officer and subsequently sub-specialised as a Sea King, Wessex and Lynx Observer, operating from carriers and surface combatants. He was mentioned in despatches during the Falklands war and received the 1983 Prince Philip Helicopter Rescue Award from the Guild of Air Pilots and Air Navigators.

After the Royal Naval Staff Course in 1986, he was Staff Aviation Officer to Flag Officer Sea Training and then Executive Officer of the destroyer leader HMS YORK. He was promoted Commander in 1989 and, after appointments in Defence Policy at the Ministry of Defence and on the staff of Commander-in-Chief Fleet, commanded the air defence destroyer HMS GLOUCESTER from 1994 to 1996.

On promotion to Captain, he commanded the Maritime Warfare Centre from 1996 to 1998 and was responsible for the teaching and evolution of Joint and maritime doctrine, tactical development and operational analysis. After the Royal College of Defence Studies in London, he returned to sea in January 2000 in command of HMS FEARLESS and as Flag Captain to the Amphibious Task Group. From April 2001, as a Commodore and as Director Operational Capability in the Ministry of Defence, he was directly responsible to Ministers and the Chiefs of Staff for the provision of independent assessments of operational capability and lessons from operations. In September 2003, he took command of the UK’s Amphibious Task Group and NATO’s UK/Netherlands Amphibious Task Group. On promotion to Flag rank in January 2005, he formed the Development, Concepts and Doctrine Centre and spent three years as its Director General.
ADVERTISMENT