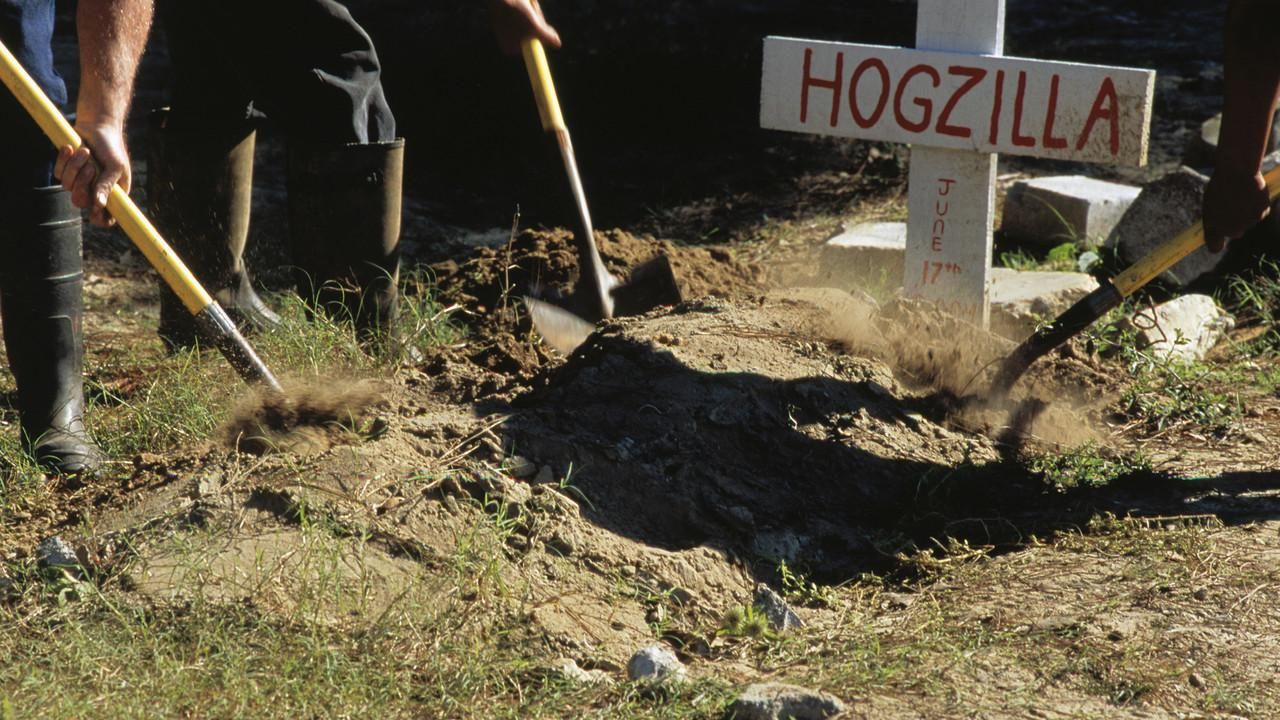 Summer 2004, southern Georgia, stories are spreading of a huge and terrifying presence in the woods. A creature like nothing seen here before. Most locals won't set foot in here. But Chris Griffin works in these woods every day. Chris is a hunting guide, and today, he's on a routine job cleaning up after hunters left their blind. He's worked in these woods thousands of times, but he's heard the rumors of a beast here. He's not about to take any chances. The hunting blind is deep within the forest. He's on his own. And then he sees it. Chris can't believe his eyes. It's clearly a hog, but a hog of almost supernatural proportions.