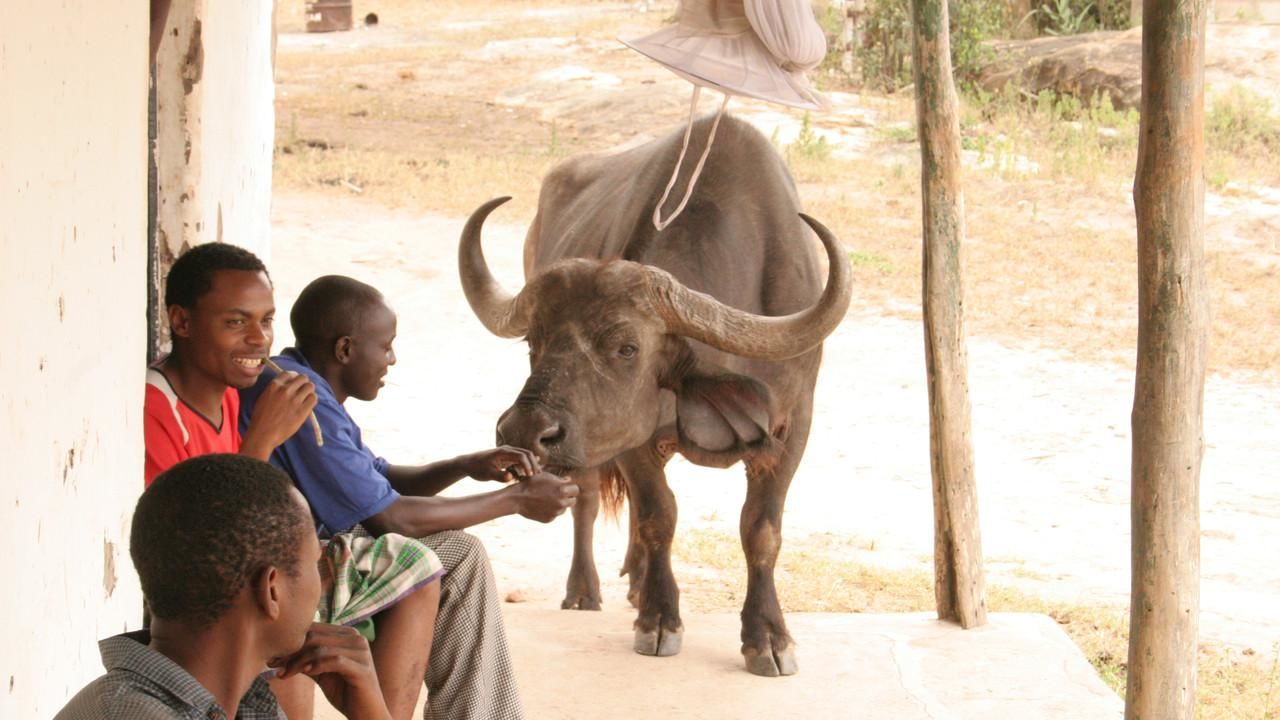 On a cool July morning, in Tanzanias lush savannah, Bob Fontana shoulders his hunting rifle… suddenly 2000 pounds of brute force bursts out of a nearby bush and tramples the man - its horns piercing the hunters crumpled body. The culprit is legendary throughout Africa: The cape buffalo . But what has caused this normally placid grazer to attack a human? Chillingly, Fontana is not alone… attacks by cape buffalo are occurring throughout the Dark Continent. But why? An investigation of cape buffalo attacks across Africa unravels a chilling revelation of the beasts cunning intelligence.