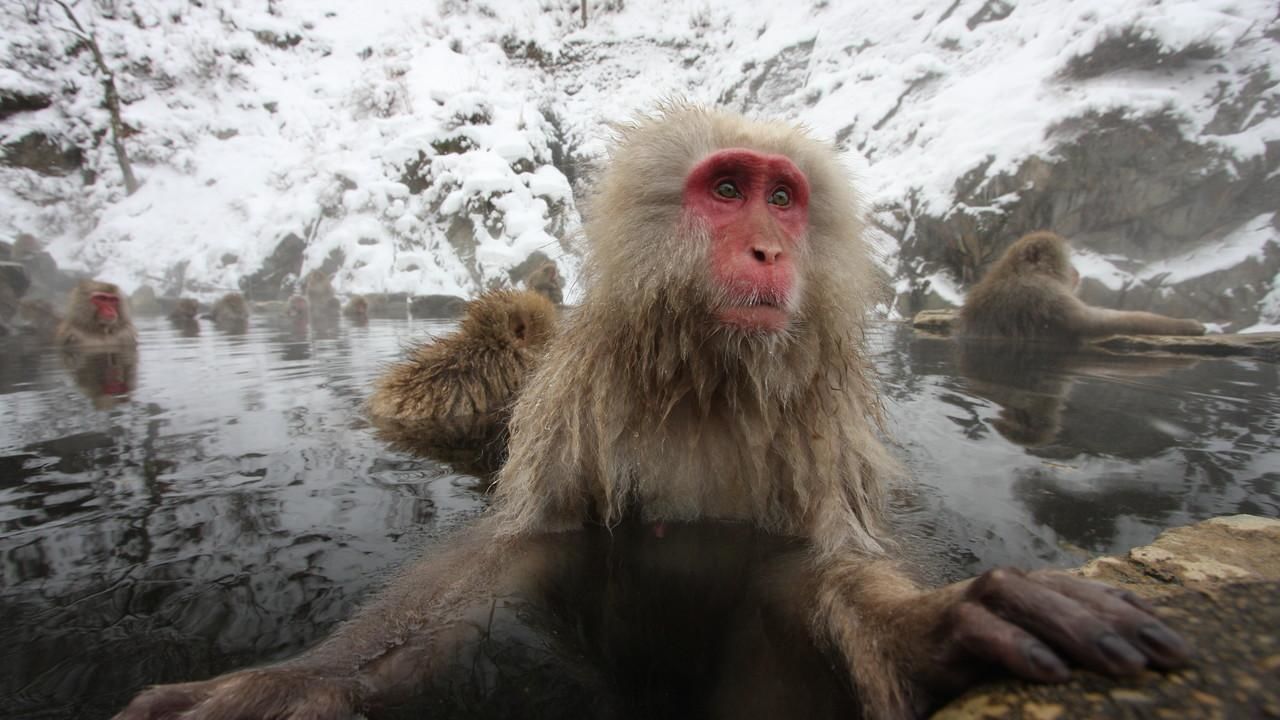 Japan... Most of its 127 million human inhabitants live squeezed into dense urban hotspots... This is the Japan we know; skyscrapers rise above the bright lights of a technological wonderland; a 24/7 lifestyle with a total dedication to work. But just outside the city limits lies a rough and wild Japan............... Located on the Pacific ring of fire, Japan was born out of volcanic eruptions. Its chain of 6852 islands stretches almost 3000km kilometers - with climates ranging from temperate in the North to subtropical in the south, it is a country of volcanic mountains, of rolling landscapes, of sun baked beaches and even rainforest. The geographical diversity leads to spectacular animal diversity. Wild Japan highlights the multiplicity of life on these shores as it takes you from hot spa bathing Macaques in the North, via Brown Bears and Raccoon dogs to the fiddler crabs and mud...