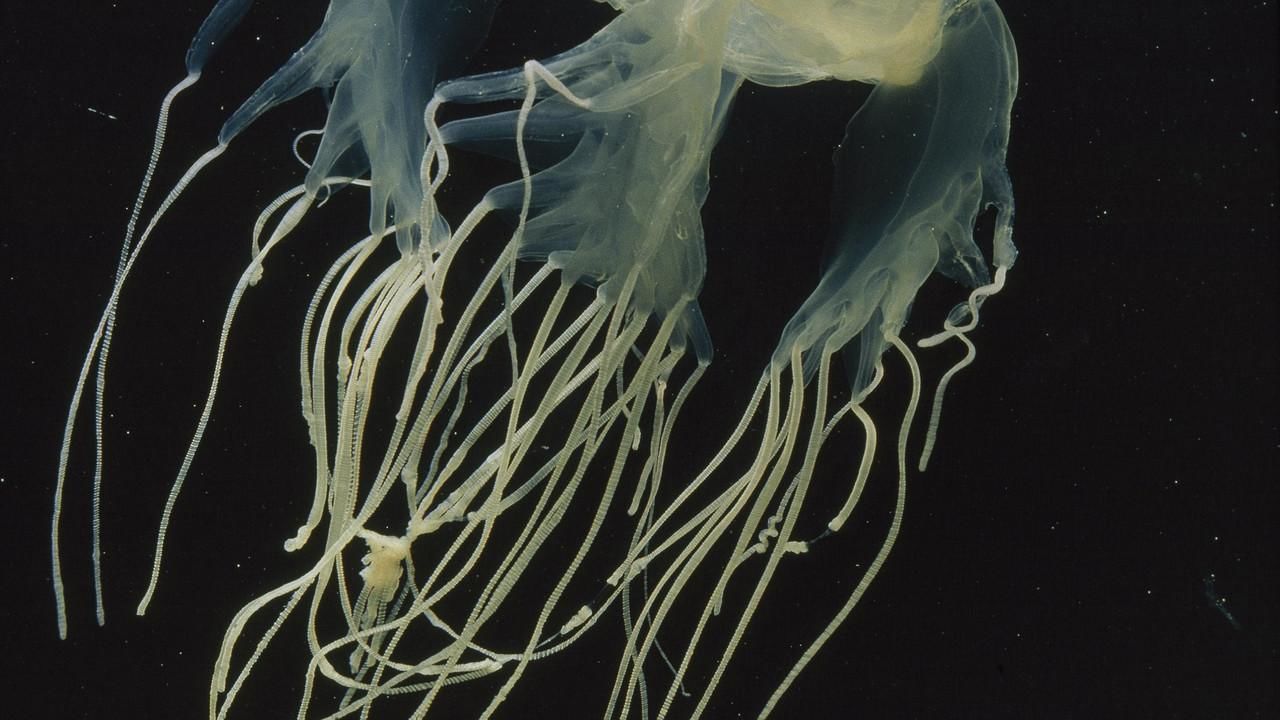 To the untrained eye, they're gelatinous blobs, driftingaimlessly on the ocean's currents. But jellyfish are amongthe most-feared and least-understood creatures on earth.And their populations are exploding across the world. Theylack sharp claws, piercing teeth or even a brain-but they arearmed with an amazing arsenal of weapons. For hundredsof millions of years, jellyfish have been evolving, developinginto the ultimate survivor. They have permeated everyocean on the globe, thriving in the arctic and the tropics. Inan ever-changing world where other species struggle to endure, jellyfish populations are on the rise.
Read More