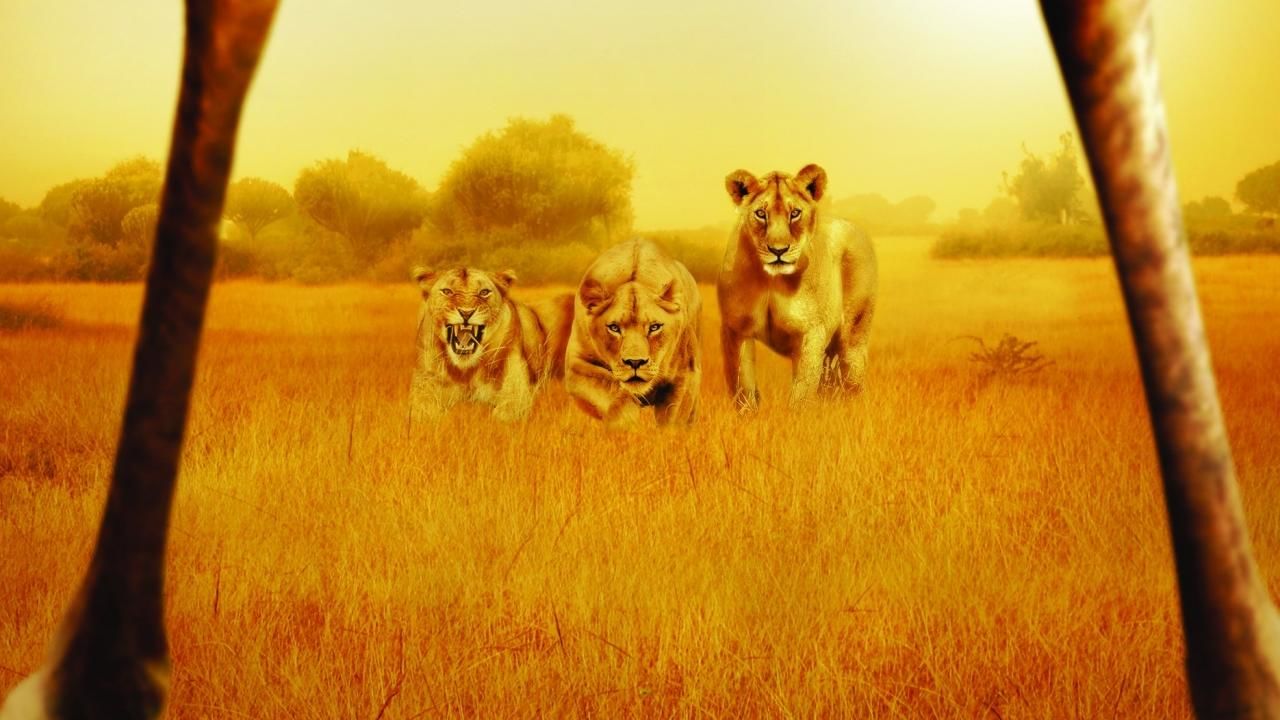 A pride of lionesses reigns supreme on the banks of a river in Tanzania. They are merciless hunters, unrivalled in their fearlessness and strength. These killers are feared by all the local wildlife. But for the past few years, this region has been hit by drought, and a dam being constructed upstream has dried up the river's flow. Whereas prey was once abundant, it has now fled the area, and the lionesses are struggling for survival. They resort to attacking the giraffes for food. The director (Lions Queens, Fighting for Survival and Surviving the Drought) has spent the past five years making wildlife documentaries in the remote reserves of Tanzania. He stayed there for long periods, which allowed him to determine those places where the lionesses would be hunting the local giraffe population. These extraordinary hunts result in epic battles that can last several hours, and the outcome is never a sure thing. A behavior rarely captured on film until now.