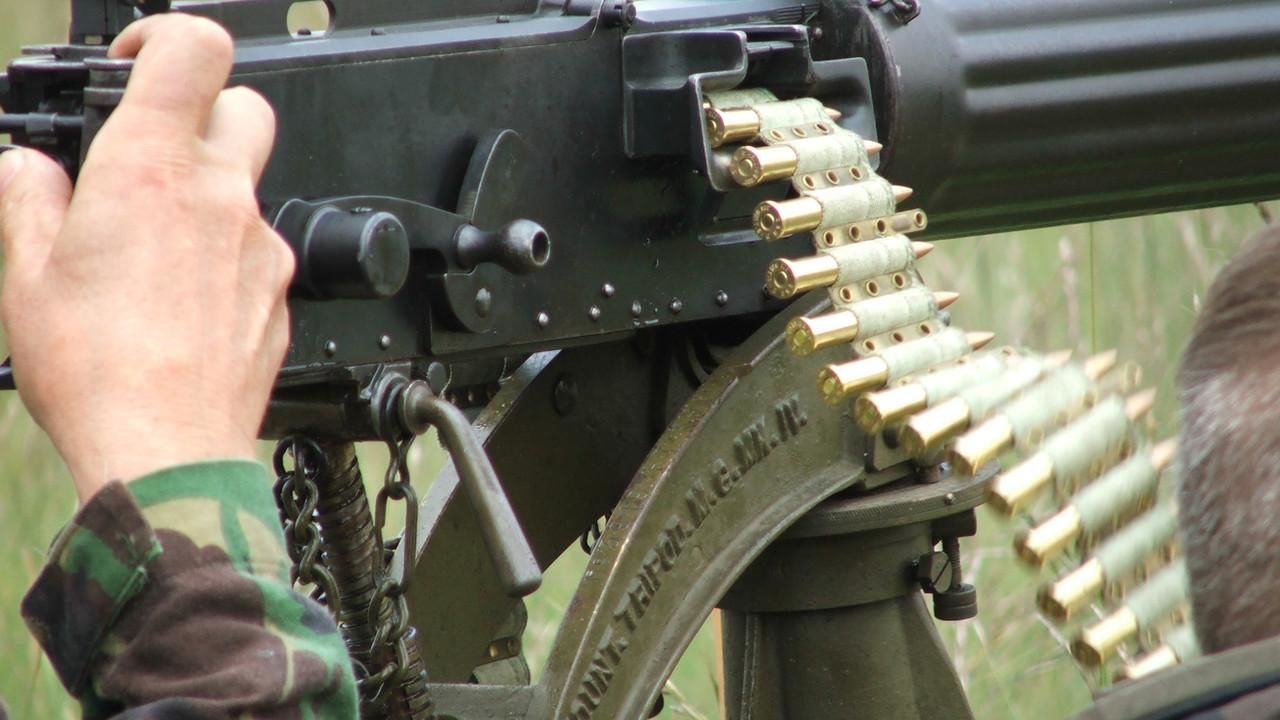 Dissect the military’s choice hardware from their early beginnings through to the high tech killing machines today.

Machine Gun unravels the history of the deadly rapid-fire weaponry favoured by both military and gangsters. We examine how 150 years of machine gun evolution has placed the firepower of a 19th Century Army in the hands of a company of US Marines. Specially staged live-fire machine gun events explain the key moments in the weapon's history: from the World War One machine gun that can chop down a tree, to the first gangster "hit" with a Tommy Gun, to the modern GAU-8 Avenger - one of the deadliest machine guns in the world.

In Cruise Missile we look at how this ultimate surgical attack weapon is capable of speeds of over 800km/hour, can seek out and destroy enemies from 2,500km away and can strike a target within 10 metres. But the Cruise missile hasn’t always been the Generals’ silver bullet. It took engineers decades to get it right. To build such a weapon, they had to overcome a series of extreme technical challenges. How do you push a one and a half ton missile out of the ocean, make it dodge enemy radar, and then home in on its target to strike with deadly accuracy?

Mobile protected firepower- that’s what every General wants. Tank traces the near 100-year history of mobile protected firepower. Since it first appeared on the muddy fields of northern France in the First World War, designers and engineers have been trying to perfect and improve these steel leviathans. In this programme, a U.S. tank crew-in-training will give us an exclusive look at the latest Abrams M1A2 main battle tank at the US Army’s Fort Hood, while tank historians and war veterans will spotlight the major advances that make up the evolutionary timeline of the tank’s development. What makes an Abrams one of the best tanks of today? In the near 100-year history of the tank, how did we end up here?