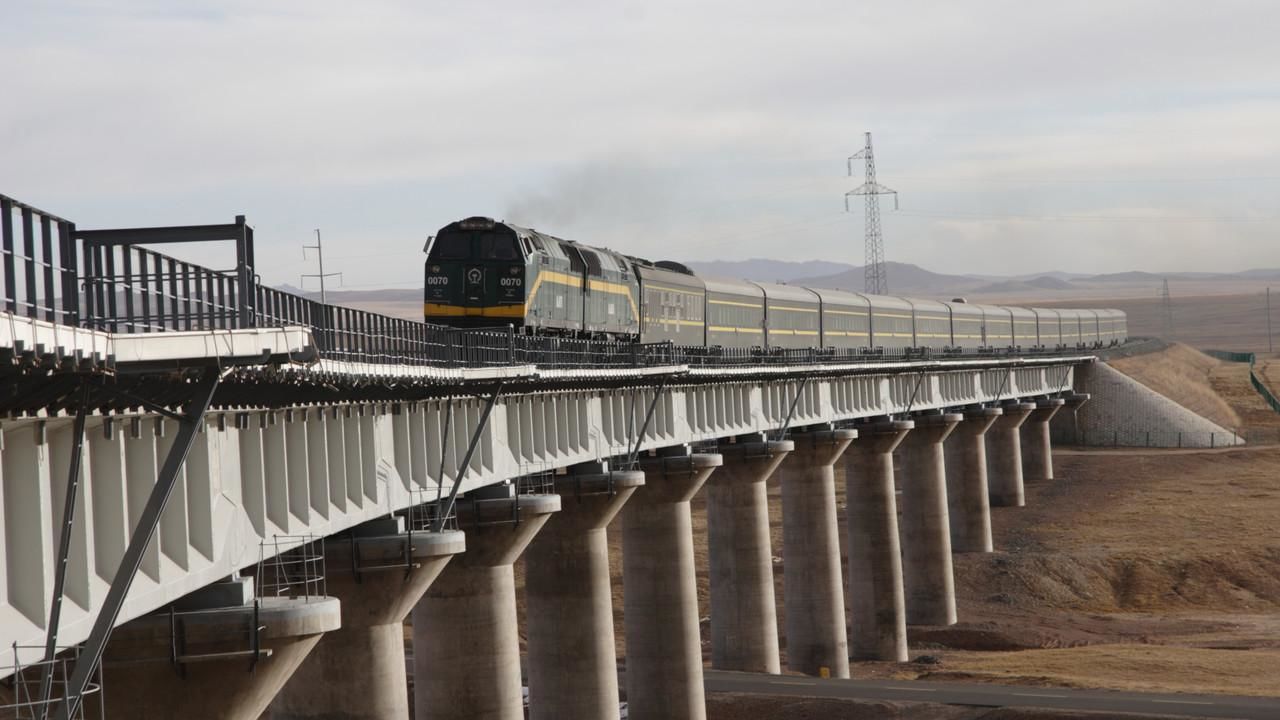 This is the story of the battle to build a railway across one of the most extreme environments on Earth. To lay down over a thousand kilometres of track in a remote wilderness. To drive 7 tunnels and to raise 675 bridges all at an altitude where even a simple breath is nearly impossible to come by. 140,000 workers and 2000 medics struggled for 5 years to conquer this hostile environment to complete. the Qinghai-Tibet railway, the highest, most extreme railway in the world!