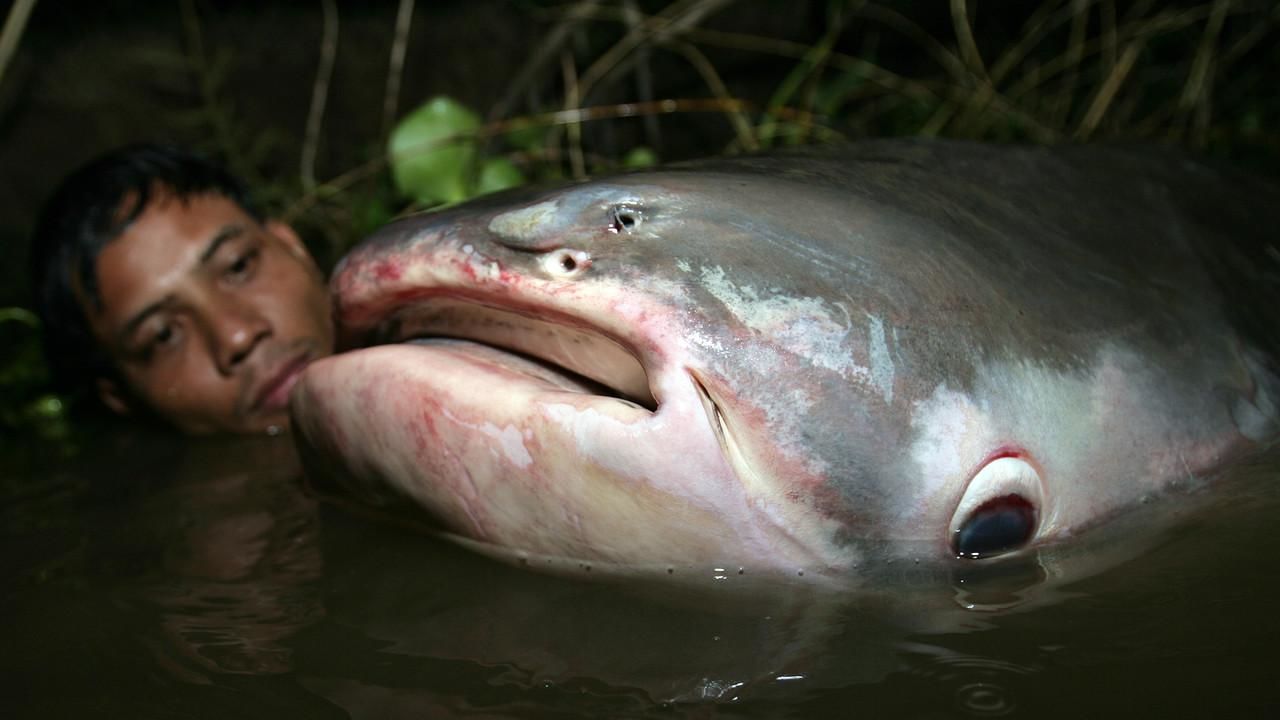 In his quest to save the world's big fish, aquatic ecologist Zeb Hogan has wrangled what's currently the world's biggest known freshwater species, the Mekong Giant Catfish.  But is it really the biggest? We'll join Zeb as he travels the globe, seeking out the leading contenders in a quest to better understand them as he fights to protect them.

It's a heart-pounding adventure as Zeb heads into some remote areas and wild waters, braving piranha, crocodiles, and a host of other hazards.  Along the way, he'll explore the local haunts and find out how these massive creatures figure into the local culture-the lore surrounding them, their role in the ecosystem, awesome physical features, strange behavior, and the surprising cycles of life that transform a thumb-sized larvae into a 400-pound beast.