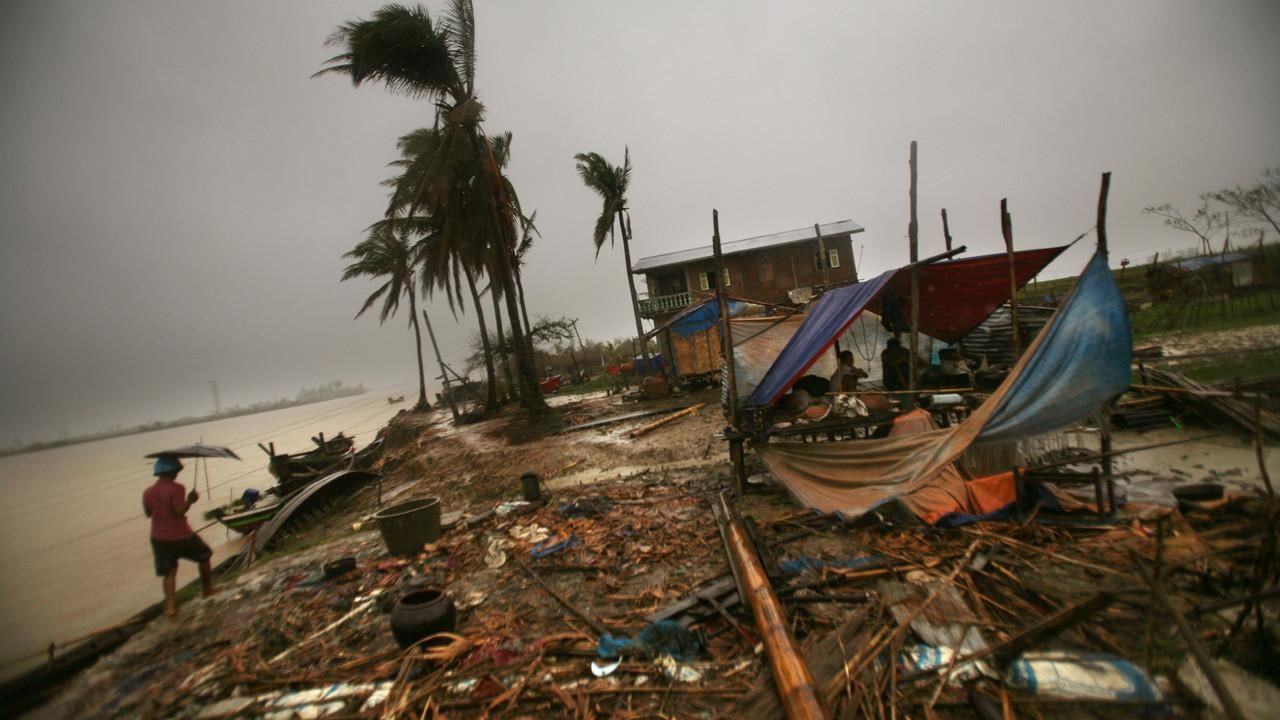 Cyclone Nargis, one of the largest and most devastating cyclones, hits Myanmar, killing 100,000.

In 2008, Cyclone Nargis, one of the largest and most devastating cyclones ever recorded, hits one of the world's most isolated nations: Myanmar. Cutting across Myanmar's low-lying delta region – home to nearly six million and producer of 60 percent of Myanmar's rice crop – it brings incredibly high winds and a 3.5 metre wall of water that literally strips away the landscape. Cyclone Nargis has killed an estimated 100,000 people and left nearly one million homeless. With sobering news footage of the cyclone's aftermath and commentary from key experts, Myanmar's Killer Cyclone takes viewers into Myanmar to witness the destruction caused by Cyclone Nargis.
Read More