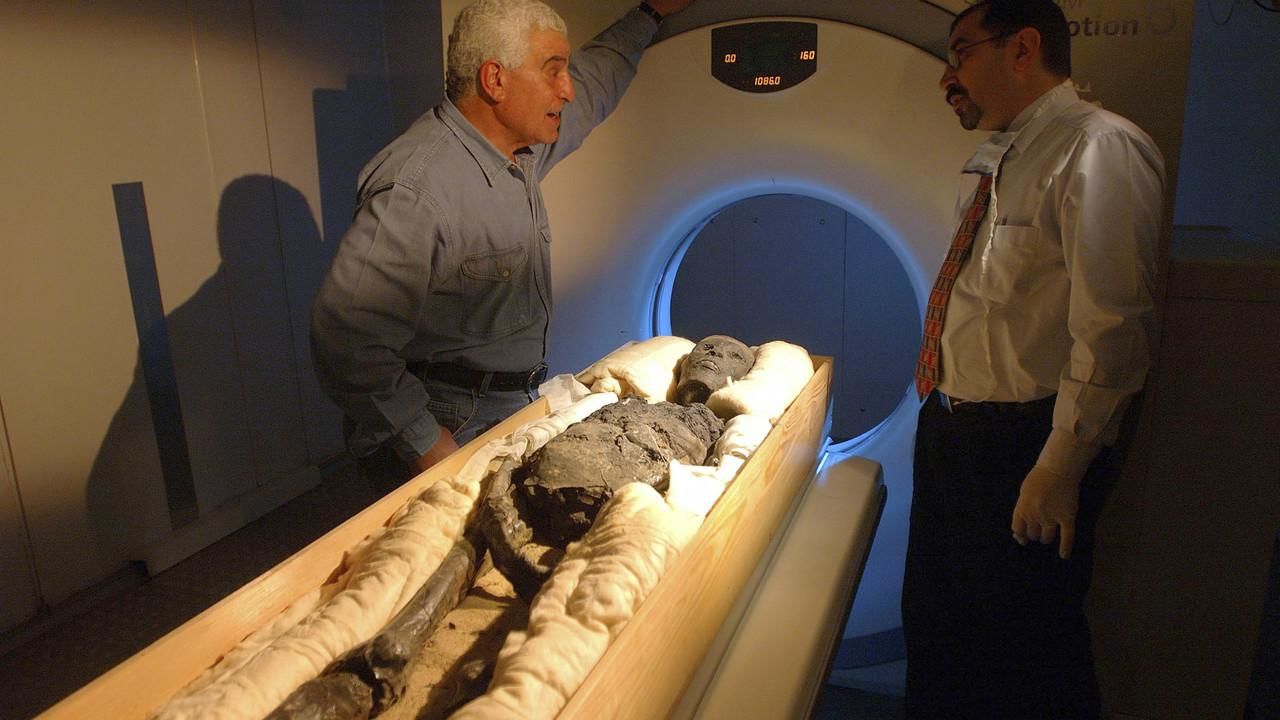 Description pointless, one has to see it," wrote Ludwig Borchardt on 6th December 1912 in his diary. In the ruins of the desert city of Amarna, built by the Pharoah Akenaton 3,500 years earlier, the German archaeologist makes the find of the century: the colourful bust of Queen Nefertiti. The greatest attraction at the Egyptian Museum in Berlin is even today full of mystery. Her discoverer secured the unique treasure for Germany, but in Cairo he is still suspected of deceiving the Egyptians about the true value of the bust. In World War II, a legend came into being that Adolf Hitler commissioned a copy. Even the experts started to wonder whether it was the real Nefertiti or a fake that had been lost in the chaotic last few months of the war. Another secret was what lies hidden behind the mask of the queen and how the sculptor Thutmose created the "Mona Lisa in stone" in a dark hut...