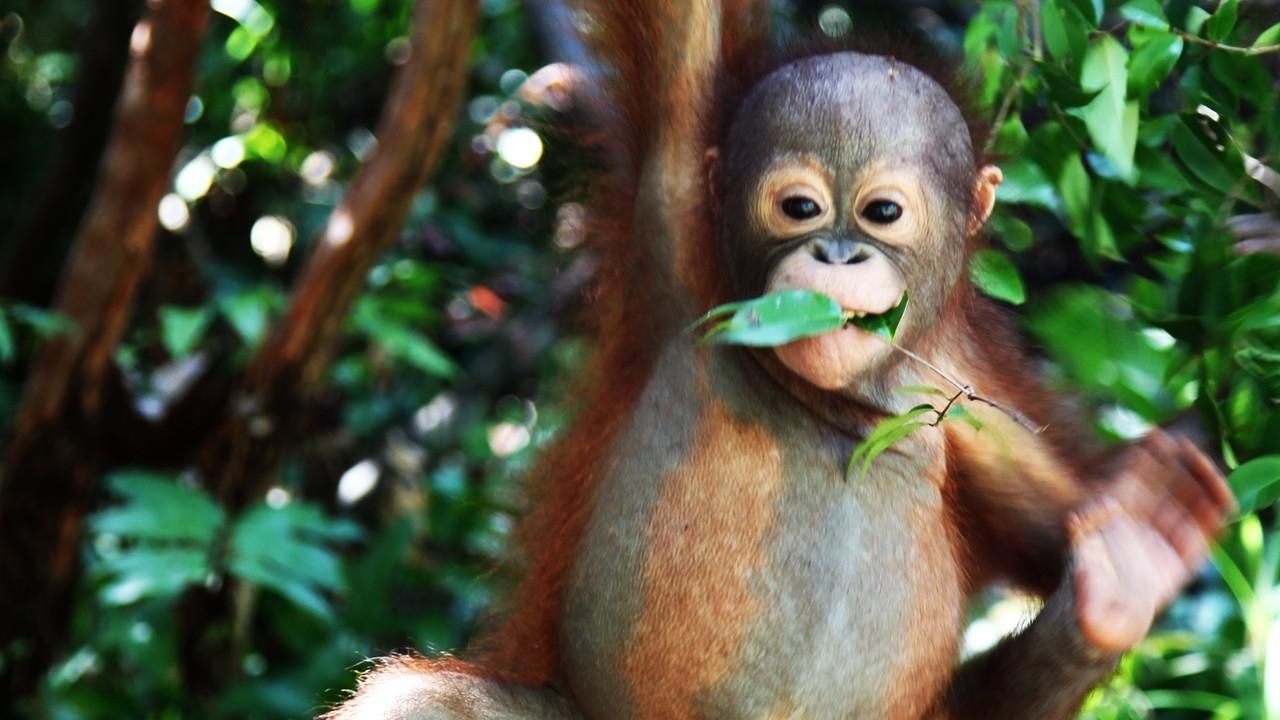 Highly intelligent, super cute, with an arm span stretching 8 feet and cheek pads that never stop growing, orangutans share nearly 97% of our human DNA and are our closest animal relative. Only 100 years ago, an estimated 600,000 roamed the Borneo and Sumatran rainforests. But thanks to poaching, habitat destruction and the illegal pet trade, they are now one of the world’s most endangered species.
But there is hope. A devoted team of international vets, scientists and volunteers have joined forces with locals to build and run a rehabilitation centre in western Kalimantan in Borneo.  Their aim: to rescue and rehabilitate injured and orphaned orang-utans – and eventually to release them back into the wild.
From the tiny, the young and the fluffy… to the large, the old and the crinkley, orangutans – whose name means ‘people of the forest’- are fascinating creatures throughout all stages of their lives. We follow the work of the team as they strive to build, expand and maintain the centre.  But the real stars are the orangutans themselves; the rescued apes who are brought in having been shot or injured, and the orphaned babies with their own larger than life personalities who must learn the tricks of the forest before being re-released back into the forests.
Orangutan Rehab is a heart-warming and eye opening insight into the day to day highs and lows of this safe haven and its enchanting inhabitants – and with it a glimpse into the true story of the rainforest.
It will make you laugh… and make you cry… as you fall in love all over again with your nearest cousin.