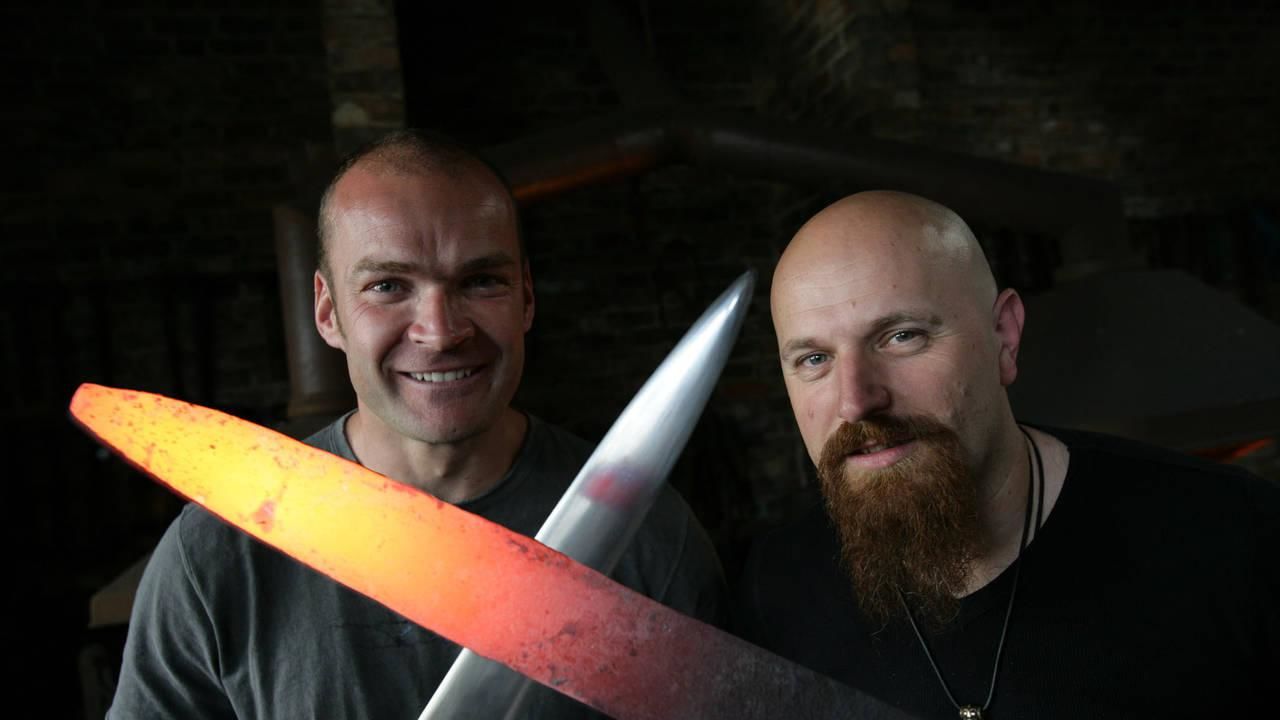 Mankind's most awesome and terrifying killing machines forced to prove their worth.

In this brand new six-part series, two grown men take an array of awesome and terrifying weapons and pit them against each other in the cause of historic investigation. Our British presenters Monty Halls and Stuart Prior investigate how the weapons are made, their efficiency and accuracy, and ease of usage. Ex-Marine Monty is accustomed to modern weapons but how will he fair handling the ferocious chain flail or the mighty long bow? And archaeologist and medieval weapons expert Stuart has a vast knowledge of an array of artillery but will this equip him with the necessary skills to master the deadly arms?

From the raw brutality of hammers and flails, the surgical precision of swords and axes, the destructive power of siege engines, the speed and stealth of crossbows and arrows, the grace and technology of armour and the crude and overwhelming force of gunpowder, our pair get to grips with some of history's most awesome and terrifying killing machines in the quest to find the Perfect Weapon.