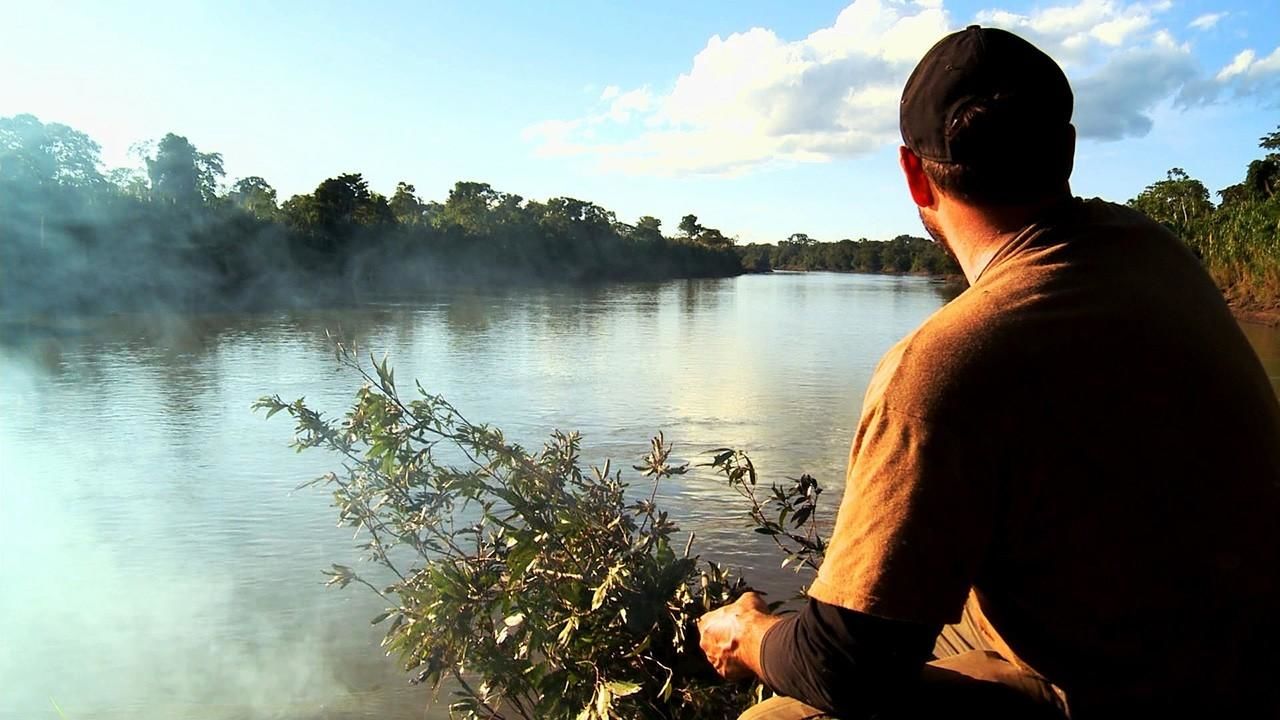 Experienced outdoorsmen, hunters and trackers, Cory Valdes, Jason Lesmeister, Rob Hardy, and Puma Ghost Walker guard men and women working on the edge of society, protecting them from the dangers of the wilderness – especially deadly predators and large, unpredictable animals. The most important tool that each expert carries with him is an in depth knowledge of animal behavior. The experts are also equipped with more practical tools, beginning with non-lethal gadgets to rid a camp of a threatening animal. The goal is always to condition and convince an animal that being near a remote work camp is not a place he wants to be. Non-lethal tools include loud noisemakers like air horns, whistling flares, flash bang grenades, and shot gun firecracker shells. If a situation escalates, the experts may resort to rubber bullets or pepper spray. None of these men want to punish a wild animal for doing what it naturally does, but if it came down to a life or death situation, they all agree that it will not be they or their clients who will be the ones to die. Various rifles, pistols, and shotguns are always by their sides, loaded and ready to use at a moment’s notice. To date, none of our experts have had to kill an animal on a job. They have always figured out clever, non-lethal ways to scare the threatening animals off.