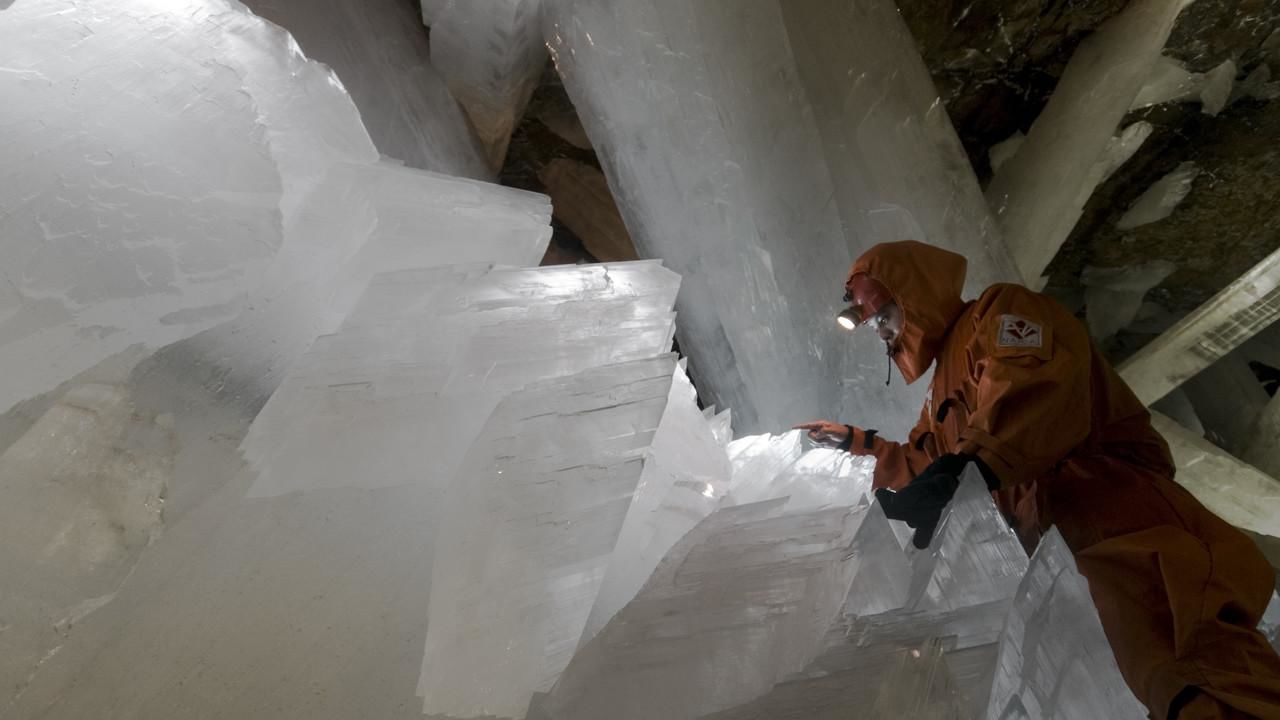 In 2008, a team of international explorers discovered what has since been described as one of the natural wonders of the world: the Crystal Cave. But the cave is as deadly as it is beautiful, with temperatures of 45 degrees Celsius and humidity levels close to 100%. Now a new team is back, for one last dangerous expedition. Into the Crystal Cave follows a specialized group of scientists and explorers as they unlock the cave's final secrets. They also attempt to determine whether the crystal cave is unique, or just one of many stunning caverns awaiting discovery.