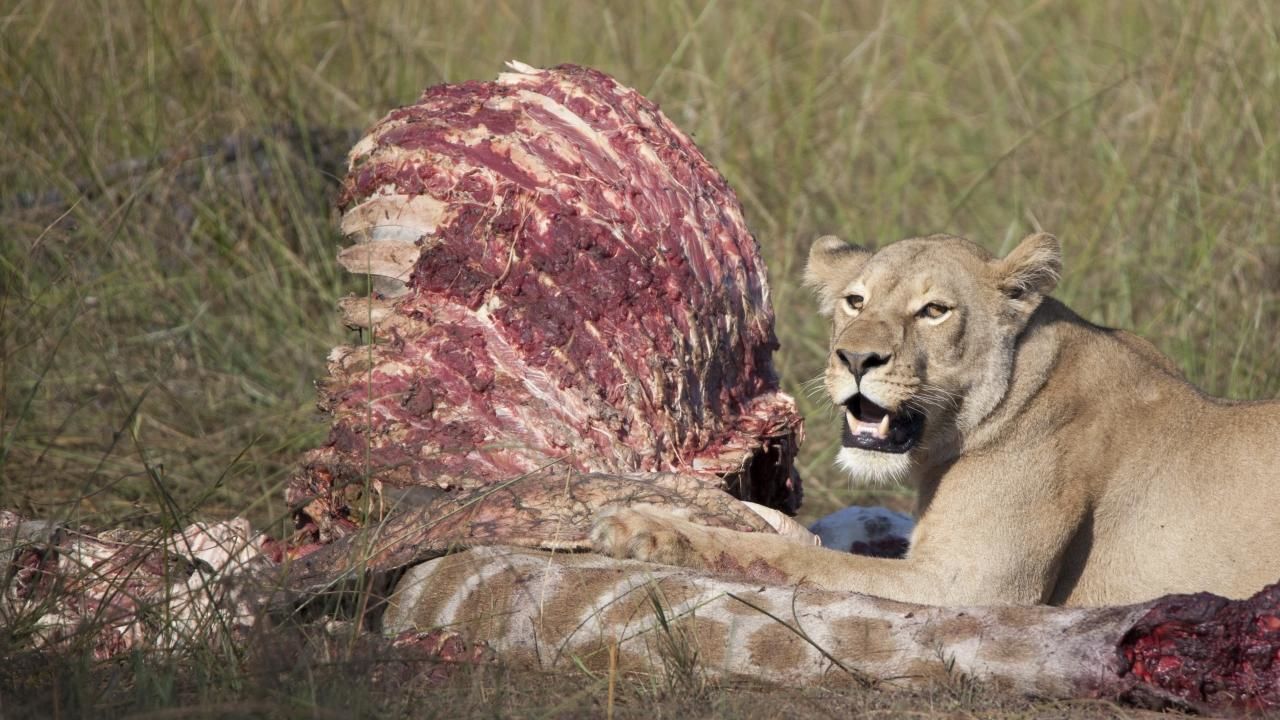 Savute can be generous.   Savute can be cruel.
Savute is always unpredictable.
Three thousand square miles of remote African Savannah this ancient land is governed by competing clans of ruthlessly proficient predators  Lions, Leopards, Hyenas and Wild Dogs.  Their survival depends on the giant herds of powerful prey  Buffalo, Elephant and Zebra  who have roamed Savute in search of sustenance, season after season, millennium after millennium. Each day is a life and death struggle  animal against animal, animal against nature.
Savute is a land where natural law is taken to its limit and sometimes... beyond. It has always been this way.
Like a lion with a wildebeest, this six-part drama takes the viewer by the throat in a bitter, sweet embrace of life and death and refuses to let go until the final curtain.
Unique access from multi-camera crews on the ground and in the air brings...
Read More