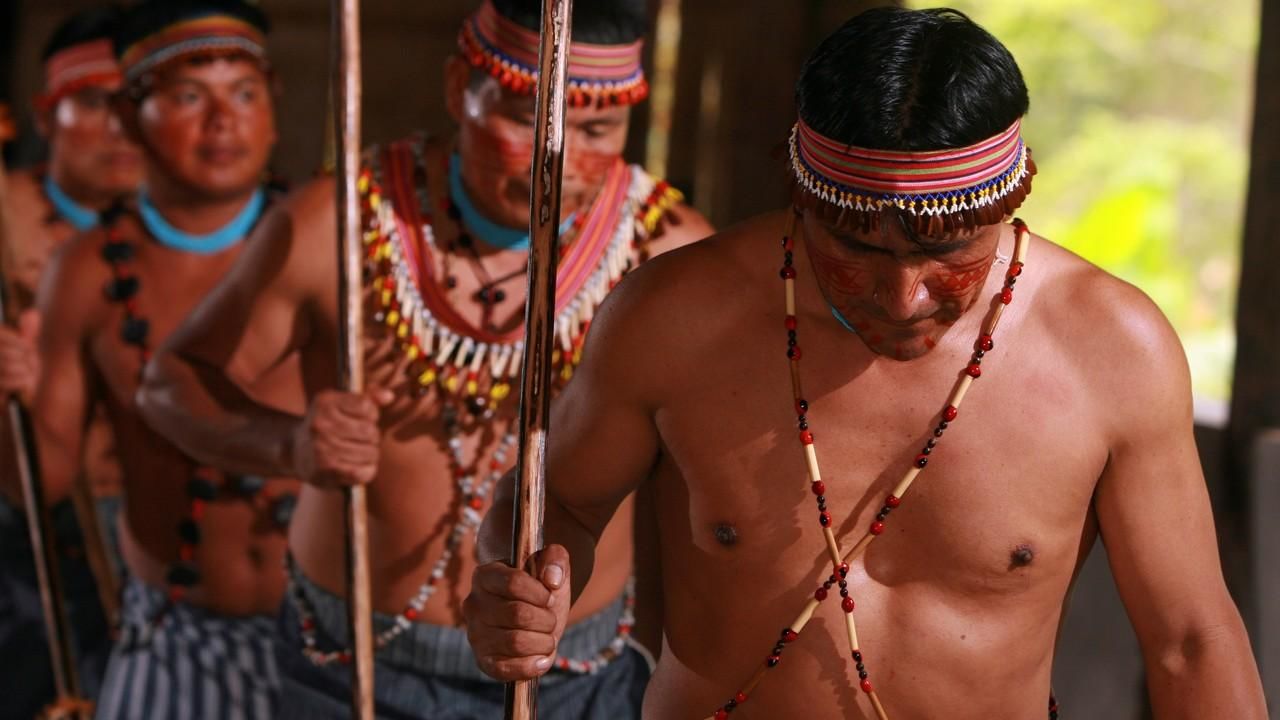 In a world of superstition and blood revenge - the only way to remain safe was to shrink your enemy's head.

Of all the stories to come from journeys into far away lands, one of the most terrifying is that of the Amazon head-hunters. In a world of superstition and blood revenge - the only way to remain safe was to shrink your enemy's head. The Mysteries of the Amazon Head-Shrinkers reveals never-seen-before footage of a macabre head shrinking ceremony from the 1960s filmed in the Amazon. Could it be real and where exactly was it filmed? Piers Gibbon, author of Tribes Of The World, journeys to the heart of the Amazon to investigate. He's on a mission to track down the people who witnessed this scene and understand the Indians motivations for carrying out such a gruesome practise. Are these rituals still going on? In the heart of the jungle Piers discovers why it is still so dangerous to...
Read More