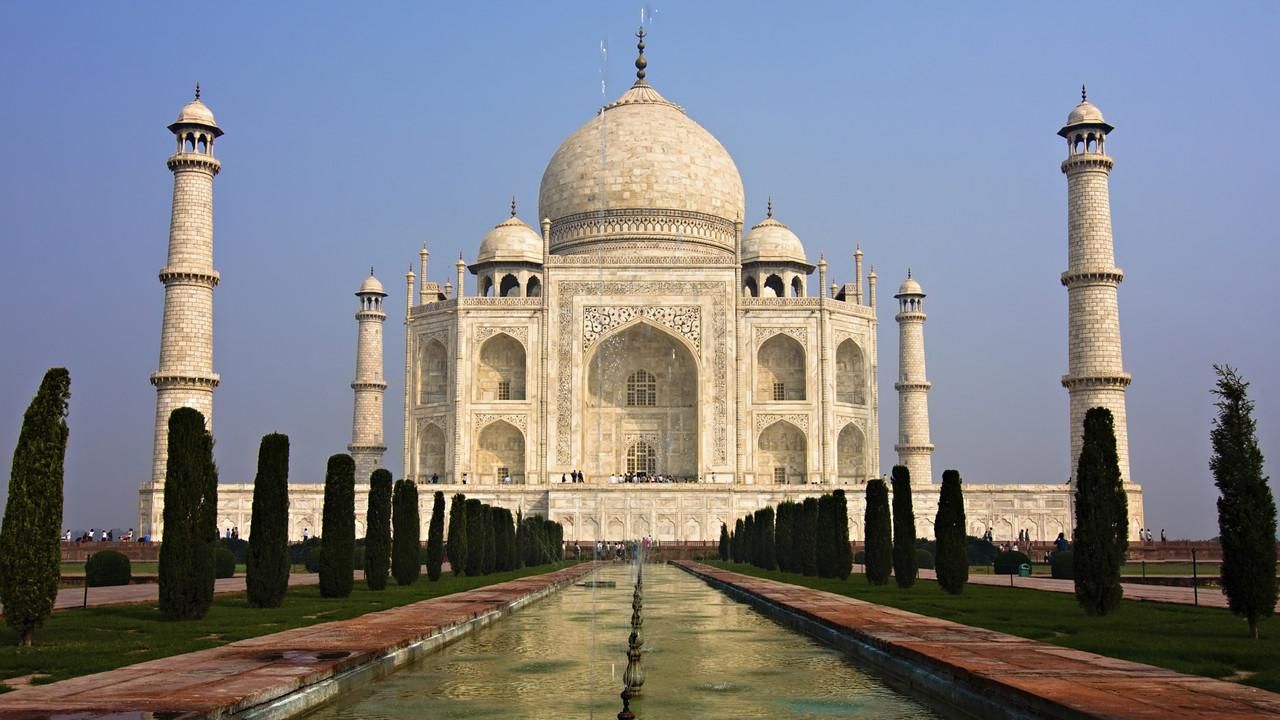 We take a closer look at the Taj Mahal and revisit its history - why it was built and what meaning it possessess.

Built in the 17th century by the Great Mogul Shah Jahan, the Taj Mahal was built in honor of the love of his life, Mumtaz Mahal. Built on the banks
of the Yamuna River in Agra, it is said to have required over 20,000 workers including the best craftsmen of the Empire. Millions of bricks were baked
on site only to disappear forever under flawless white marble. A heavenly memorial to the Queen of the World, or as a poet described it: "A teardrop on
the cheek of time". A love poem set in stone and the most perfect building in the world.
Read More