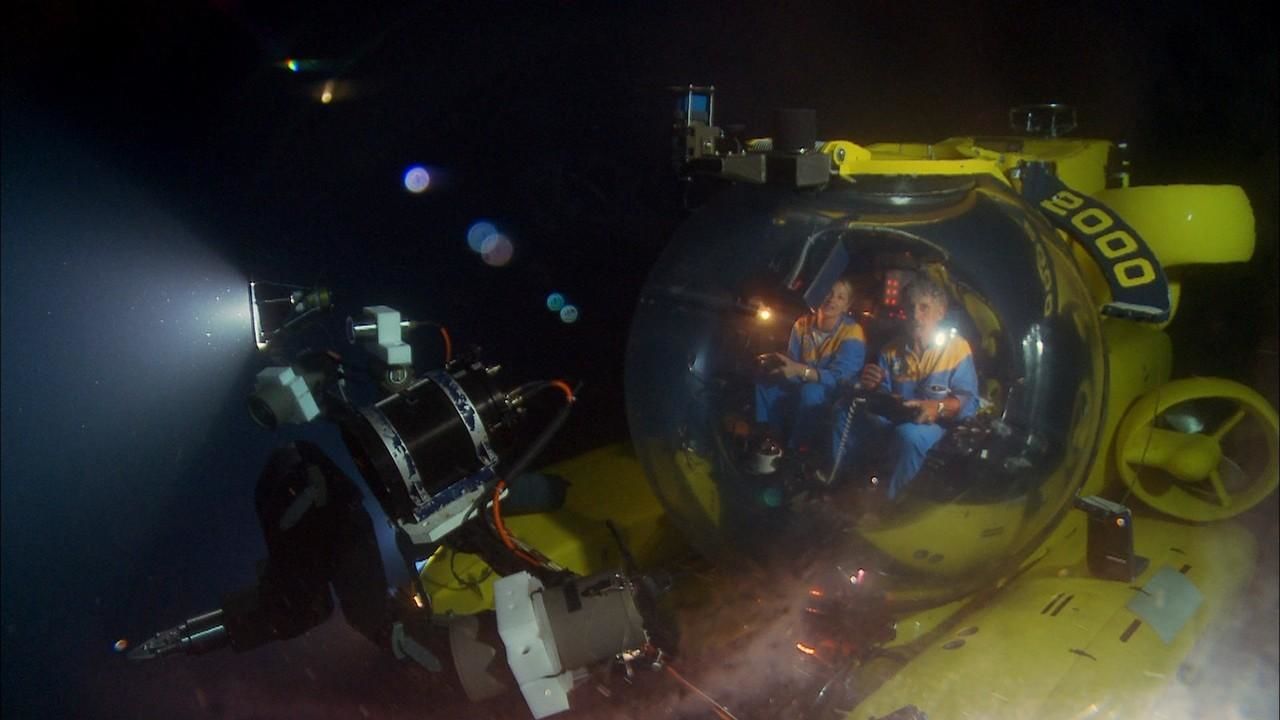 The sixgill shark is a primitive looking giant that is rarely encountered by divers. For Natali Tesche-Ricciardi, finding this elusive shark is an ultimate challenge. Her search is made all the more difficult by the dangers of the Mediterranean's treacherous Messina Strait - a narrow channel of water where sixgills are sometimes seen. Using state of the art ROV and submarine technology, Natali enters the depths of the Messina Strait. To help her search, she can draw on a unique study of these sharks conducted 6,000 miles away in Puget Sound, where young sixgills make strange nightly appearances beneath the pier of the Seattle Aquarium. It turns out that the shark's sensitivity to light could explain much of their behavior. Natali's dive in the submarine reveal many of Messina's fascinating secrets, but no sixgill sharks. Could the sub's powerful lights be scaring off these...