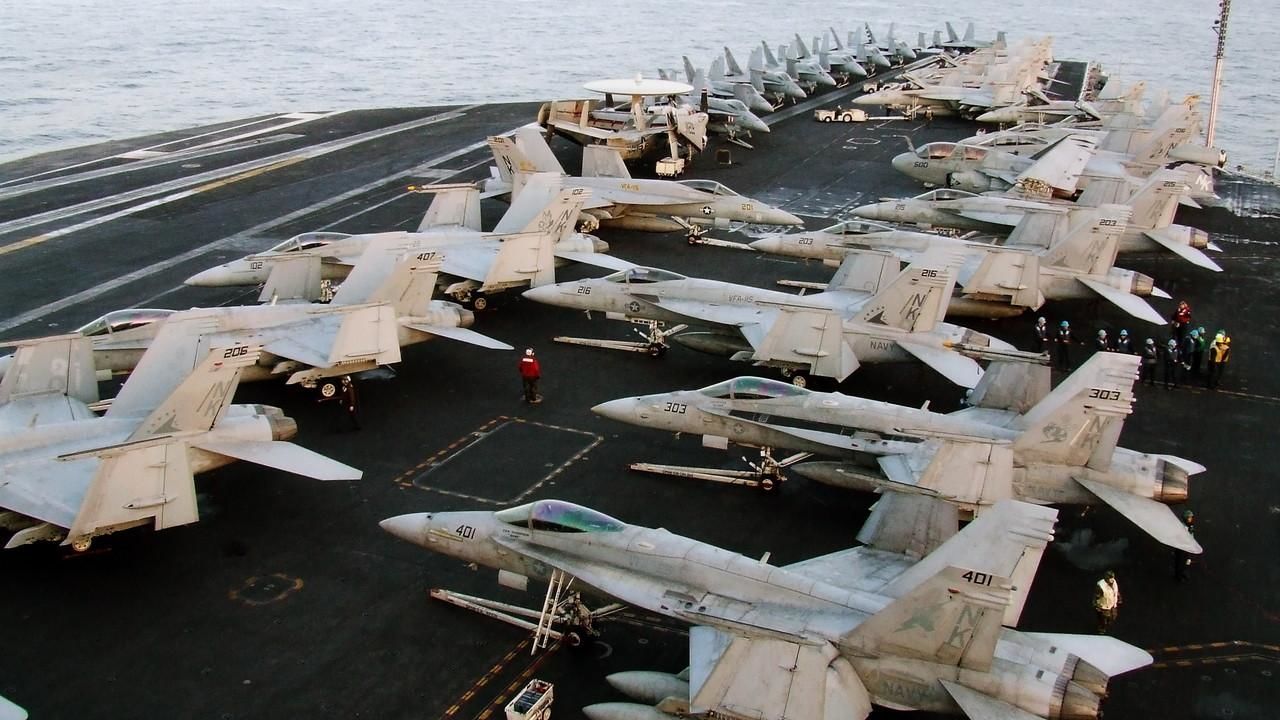 The USS Ronald Reagan: the world's most powerful aircraft carrier. A floating piece of American territory. And a powerful weapon, swarming with planes, explosives, and thousands of the Navy's best crew. This intimidating marine monster is also the world's largest combat airport, perfectly designed for one task: to launch and retrieve legions of strike fighter jets anywhere in the world, on extremely short notice. And the 5000 men and women onboard have to perform this task to perfection. Surrounded by roaring jet engines, explosive jet fuel, and dangerous weapons ... a mistake could mean disaster. From the Flight Deck to the cockpit to the Captain's chair, we're taking a behind the scenes look at the American military's ultimate weapon ... the Supercarrier: USS Ronald Reagan
Read More