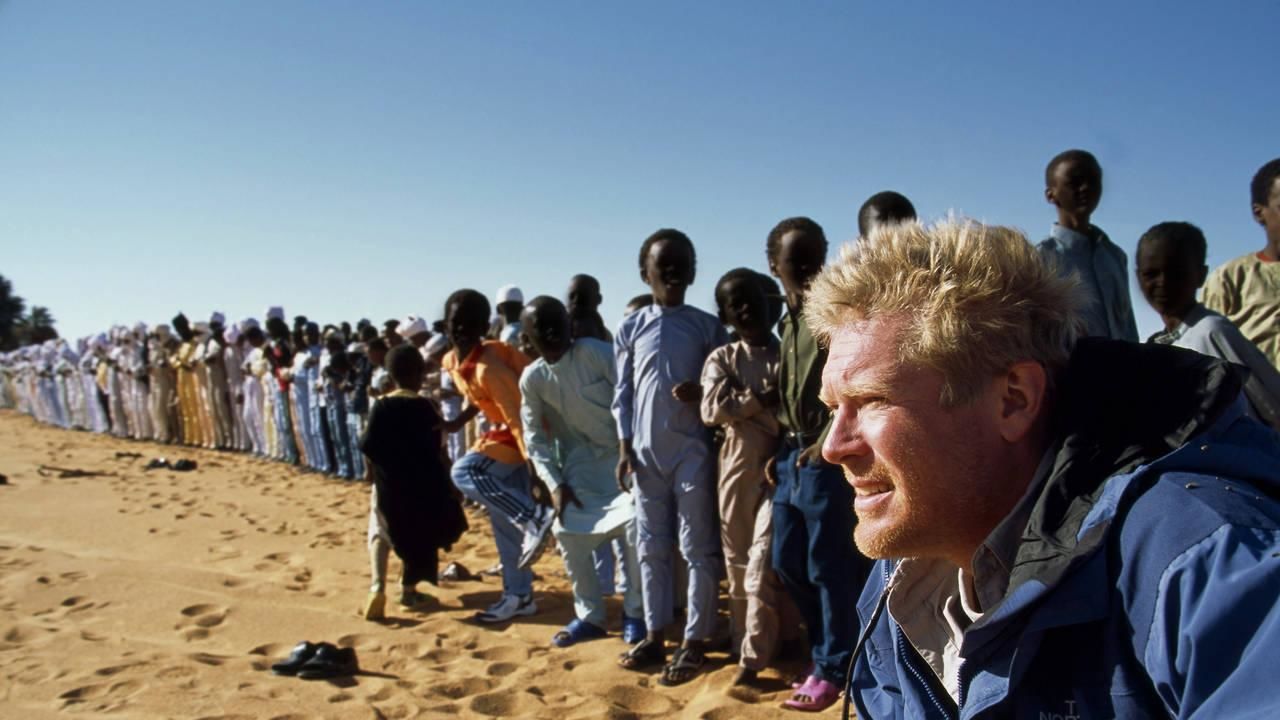 A National Geographic Explorer-in-Residence, Dr. Spencer Wells is a leading population geneticist and the director of the Genographic Project, on which National Geographic Channel’s The Human Family Tree is based. For the film, Wells and the Genographic team travel to one of the most diverse corners of the world ― Queens, N.Y. ― to collect DNA from some 200 New Yorkers and track their ancestral migrations to the ends of the earth.

Wells has dedicated much of his career to studying mankind’s family tree and closing the gaps in our knowledge of human migration. His hope is that the project, which builds on Wells’ earlier work featured in his book and television program, “The Journey of Man,” and is being conducted in collaboration with other scientists around the world, will capture an invaluable genetic snapshot of humanity before modern-day influences erase it forever.

Wells’ own journey of discovery began as a child whose zeal for history and biology led him to the University of Texas, where he enrolled at age 16, majored in biology, and graduated Phi Beta Kappa three years later. He then pursued his Ph.D. at Harvard University under the tutelage of distinguished evolutionary geneticist Richard Lewontin.

Beginning in 1994, he conducted postdoctoral training at Stanford University with famed geneticist Luca Cavalli-Sforza, considered the “father of anthropological genetics.” It was there that Wells became committed to studying genetic diversity in indigenous populations and unravelling age-old mysteries about early human migration.

Wells’ field studies began in earnest in 1996 with his survey of Central Asia. In 1998 Wells and his colleagues expanded their study to include some 25,000 miles of Asia and the former Soviet republics. His landmark research findings led to advances in the understanding of the male Y chromosome and its ability to trace ancestral human migration. Wells then returned to academia, where, at Oxford University, he served as director of the Population Genetics Research Group of the Wellcome Trust Centre for Human Genetics at Oxford.

Following a stint as head of research for a Massachusetts-based biotechnology company, Wells made the decision in 2001 to focus on communicating scientific discovery through books and documentary films. From that decision was born “The Journey of Man: A Genetic Odyssey,” an award-winning book and documentary that aired on PBS in the United States and National Geographic Channel internationally. Written and presented by Wells, the film chronicled his globe-circling DNA-gathering expeditions in 2001–2002 and laid the groundwork for the Genographic Project. He is the recipient of numerous scientific awards, grants and fellowships, including the 2007 Kistler Prize for accomplishment in the field of genetics.

Since the project began, his work has taken him to more than three dozen countries, including Chad, Tajikistan, Morocco, Papua New Guinea and French Polynesia, and in 2007 published his second book, “Deep Ancestry: Inside the Genographic Project.” He was recently awarded a visiting professorship at Cornell University. He lives with his wife, a documentary filmmaker, in Washington, D.C.
ADVERTISMENT