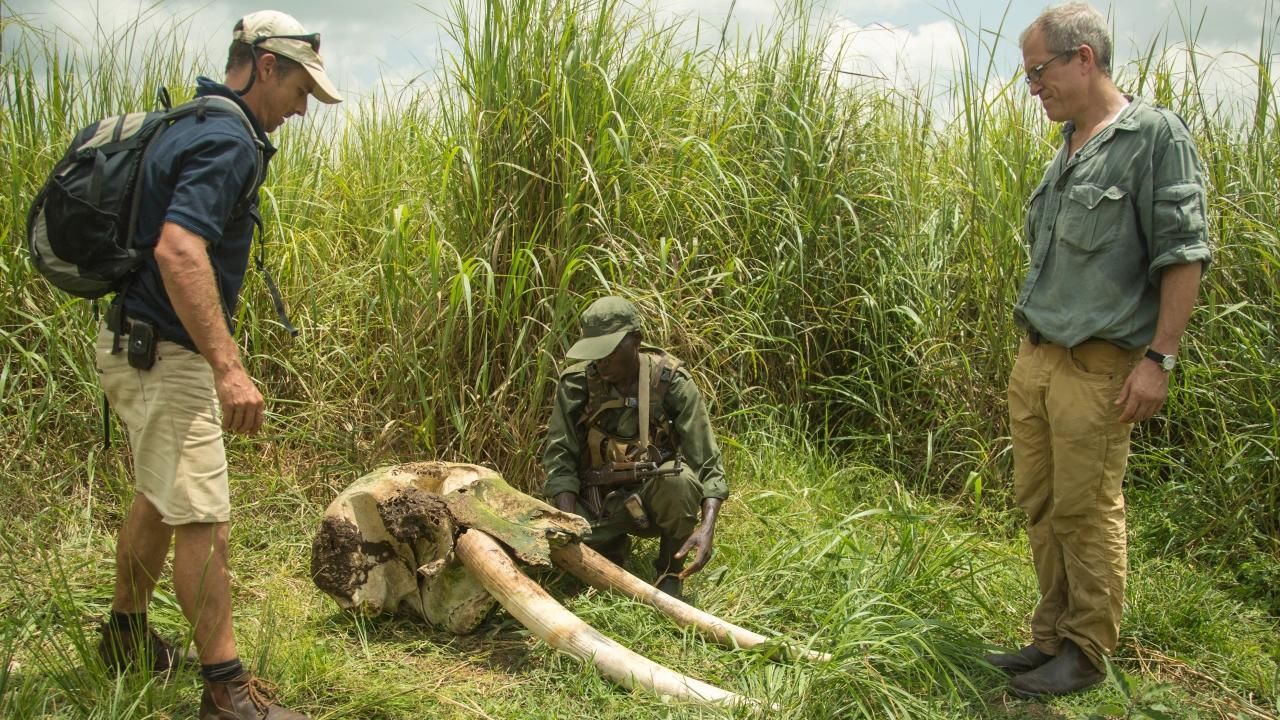 A shocking trail of blood and money. A groundbreaking sting operation. And an attempt to save one of the planet's most magnificent animals from extinction. In Warlords of Ivory, National Geographic uncovers the onslaught of an illicit trade that is enslaving tens of thousands of people and threatening to wipe elephants off the face of the Earth. On a dangerous new assignment, investigative journalist Bryan Christy follows the brutal slaughter of over 30,000 African elephants every year into a sinister corner of central Africa. He's not interested in small-scale poachers; he has a hunch that warlords are funding their dark insurgencies with elephant ivory. Christy goes undercover-putting his life on the line-to employ a bold new tracking tool to pinpoint ivory trafficking routes. Will fake ivory, planted in a Central African failed state, lead into the hands of terrorist chief? With efforts to stop poaching failing stem the tide, and time running out for elephants, the stakes are high for Christy's radical new investigation-to shed light on human rights violations in Africa, and give hope to a fading
ADVERTISMENT