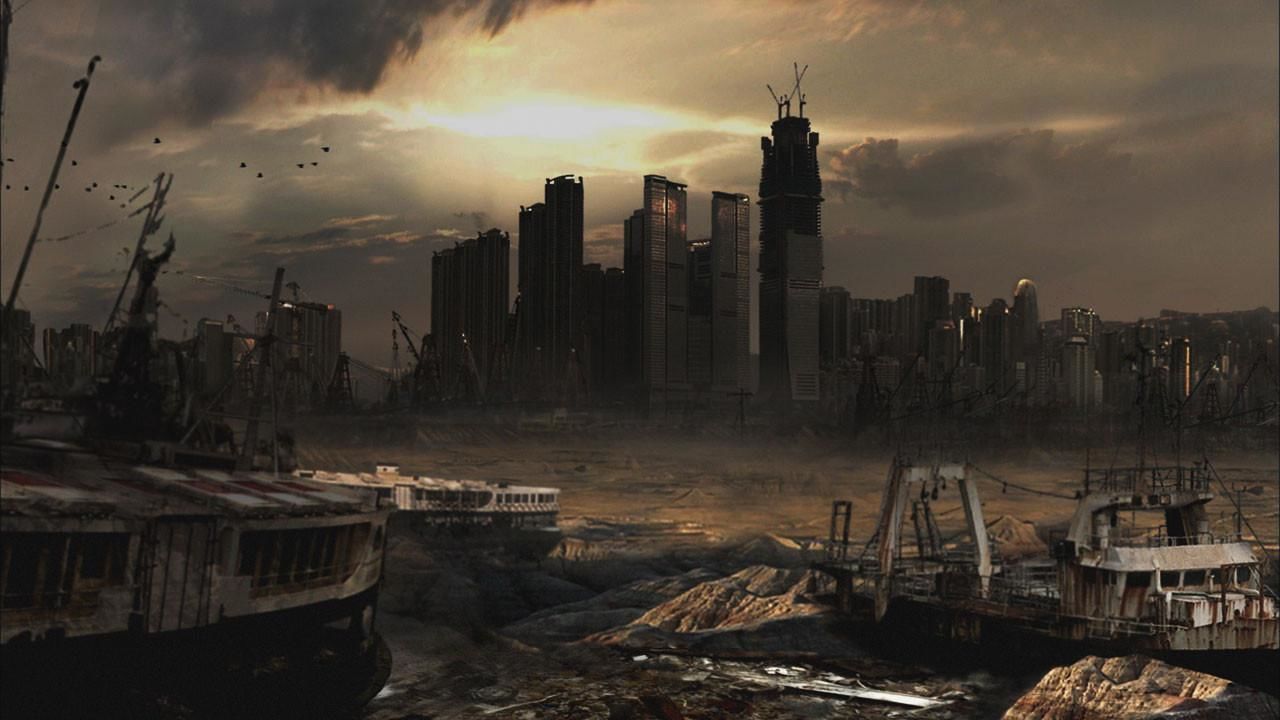 There are nearly seven billion people on Earth today.

There are more than twice as many people on Earth today as there were 45 years ago.

When the ancient Egyptian pyramids were built, there were fewer than 30 million people on our planet.

When London’s Big Ben was being built, the world’s population reached one billion for the first time.

When Mount Rushmore in the United States was being carved – in the late 1920s – the world’s population reached two billion.

The United Nations predicts that by 2050, Earth’s population will rise by more than 30 per cent to 8.91 billion.

Today, all the world’s farms occupy an area equal to that of the entire continent of South America.

If the population were to double overnight, demand for food would increase and supply would decrease, so the price of food would likely jump dramatically.

To find more food for this new world, hungry countries would probably turn to the oceans more than ever.

It can take over 100 trees to build just one wood-framed house, so five million homes require a forest the size of Rhode Island in the United States.

If the population doubled in an instant, cities near large bodies of fresh water might eventually mushroom in size, housing millions of people in large skyscrapers.

In New York, the water system is designed to handle more than 3.8 billion litres of water each day. With twice as many people taking baths and flushing toilets, the amount of water that gushes though an aging sewer system doubles.

The lack of clean water could cause the outbreak of diseases such as cholera and typhoid fever.
Water covers 70 percent of the planet, but only three percent of that is freshwater – and most of that is locked up in glaciers and icecaps.

The average household uses over 870 litres of water a day for showering, washing our clothes and doing the dishes.

A lack of water could stall the housing boom, because it takes more than 300,000 litres of water to make 1 tonne of steel.

A worldwide building boom would put enormous pressure on the power systems, and coal is one of the quickest solutions.

With the massive expansion of our power system, pollution will be increasingly toxic.

In 1952, thousands of people died during the great Smog. If the population doubled, it would be much worse. In a world of more than 14 billion people, cities are the best solution, because they use half as much electricity as families who live in houses.

Oil is one of the most powerful, versatile fuels on the planet.

Dead plants and animals, compressed and heated over hundreds of millions of years, produced a primal planetary nectar, one that can be made into everything from toothpaste to lipstick, polyester to plastics: OIL.

We have been extracting oil from the ground for 150 years.

We have extracted more than one trillion barrels of oil from the earth, about the same amount that is supposedly left in the ground for human consumption.

In the United States

The United States imports more oil than any other country in the world.

Every day, the United States produces more than eight million barrels of oil, but it consumes more than twice that.

For both business and personal needs, America uses the equivalent of ten super tankers filled with oil every single day.

Beneath California, the Kern River Oil field contains more than half a billion barrels of oil, which could fuel American for about a month.

Many countries do have oil in reserve. The United States alone has 725 million barrels of crude hidden away.

Oil can be extracted from soybeans and turned into diesel fuel.

Corn can be made into ethanol, a fuel alternative for gas-powered cars.

During the 1973 Oil Embargo, a reduction in oil imports meant stations across America began to run out of gas.

Ports on America’s West Coast move over 55,000 containers a day –more than one-and-a-half million tonnes of material. Without oil, international trade would be crippled.

On average, it takes about one American football field of farmland to support the diet of one person for just one year.

In North America, 30 percent of fresh fruits and vegetables do not even make it to grocer’s shelves because of small imperfections.

Every day, an adult cow eats about 10 kilograms of feed. A pig eats 3.5 kilograms.

40 percent of the electricity in the world comes from coal-burning power plants.

One train car can carry enough coal to power a small town for a day.

Critical hospital supplies are made from oil. Every year more than 15 billion rubber gloves are needed. Drugs, lubricants, and plastic gowns – all are made from oil. Without them, drug resistant infections would spread more quickly.

In the United States, the Department of Defence is the single largest consumer of fuel, spending nearly 180 billion dollars a year.

Every year, it takes nearly 6,000 trucks burning 75 million litres of diesel to get rid of New York’s garbage.

Countless plastic products – such as bowls, spoons and containers – are also made from oil.

Algae can be processed into oil, producing over 7,000 times more energy per square kilometre than other bio-fuels. And it is completely renewable, requiring very little fertilizer.

Without easy access to new oil supplies, people will be forced to redesign, reuse and rebuild what they have.

If the world ran out of oil, billions of metric tonnes of toxic pollutants would vanish from the atmosphere over North America in the first year.
ADVERTISEMENT