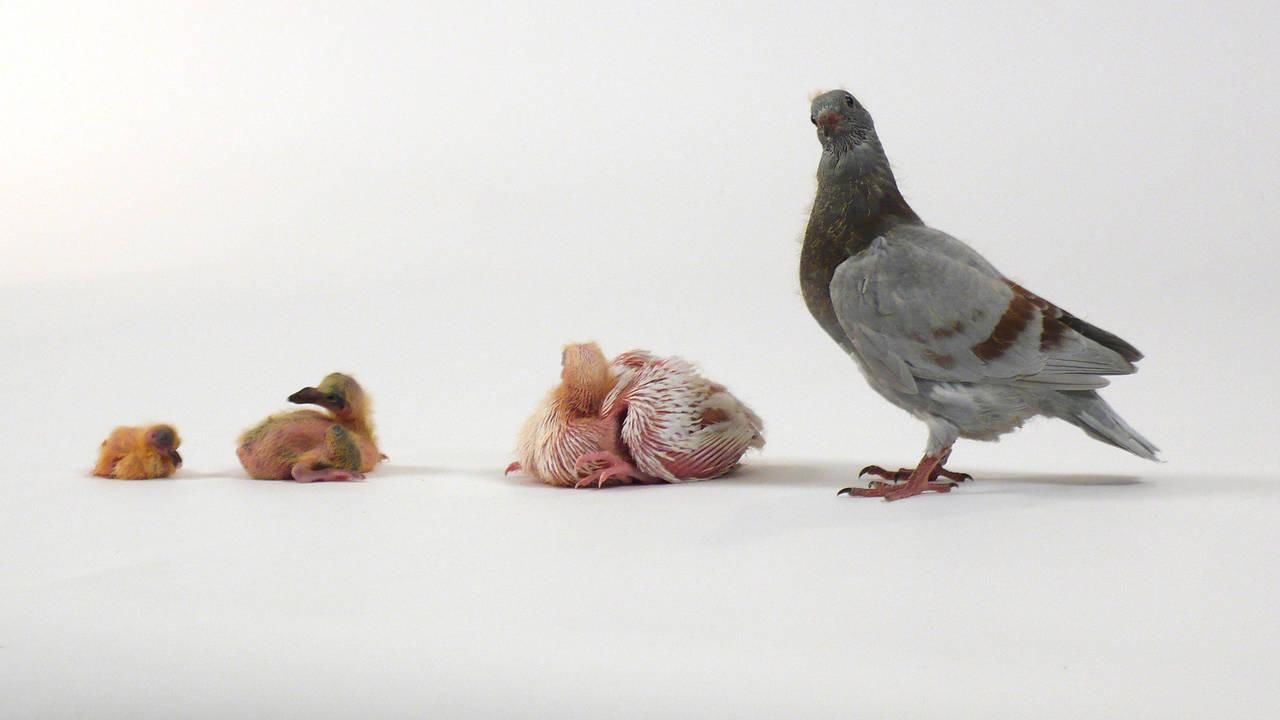 Discover three species of animal that have evolved into some of the world’s smartest animals. How do dogs know when their owners are coming home? Are pigeons faster than cheetahs? And can a pig really grow to ‘Hogzilla’ proportions? Find out the answers to these questions and more.

Hog Genius explores the speed at which pigs can learn and the contribution they make to medical research due to their resemblance to humans.

In Pigeon Genius learn how these birds navigate their way home, flying hundreds of miles through unfamiliar territory.

Finally, everyone knows the domestic dog as man’s best friend, but there’s much more to this remarkable animal than unconditional companionship and a wagging tail. Dog Genius sees the many facets of dog intelligence, which in some respects are closer to our own than even chimpanzees. From their wild evolutionary beginnings as wolves to the affable pooches we know and love today, dogs have undergone a miraculous transformation that has taken generations to transpire.

Over the years, dogs and humans have become so closely connected that in many cases the bond seems almost telepathic. Take Mabel, a six-year-old beagle mix, for example. Like many pet dogs, she displays an almost spooky ability to predict when her owner, Sue Pressley, is coming home. Nelson Pressley, who stays at home with Mabel, says: “I noticed Mabel was sort of on a stake-out for Sue, and that she would be at the door clearly looking, clearly waiting, and this was before Sue would be anywhere on my radar.”

So, just how does Mabel do it? In Brilliant Beasts, you can find out what the scientists think, and also delve into a range of other astonishing animal abilities ranging from the navigational prowess of the homing pigeon to the startling intelligence of the humble hog.