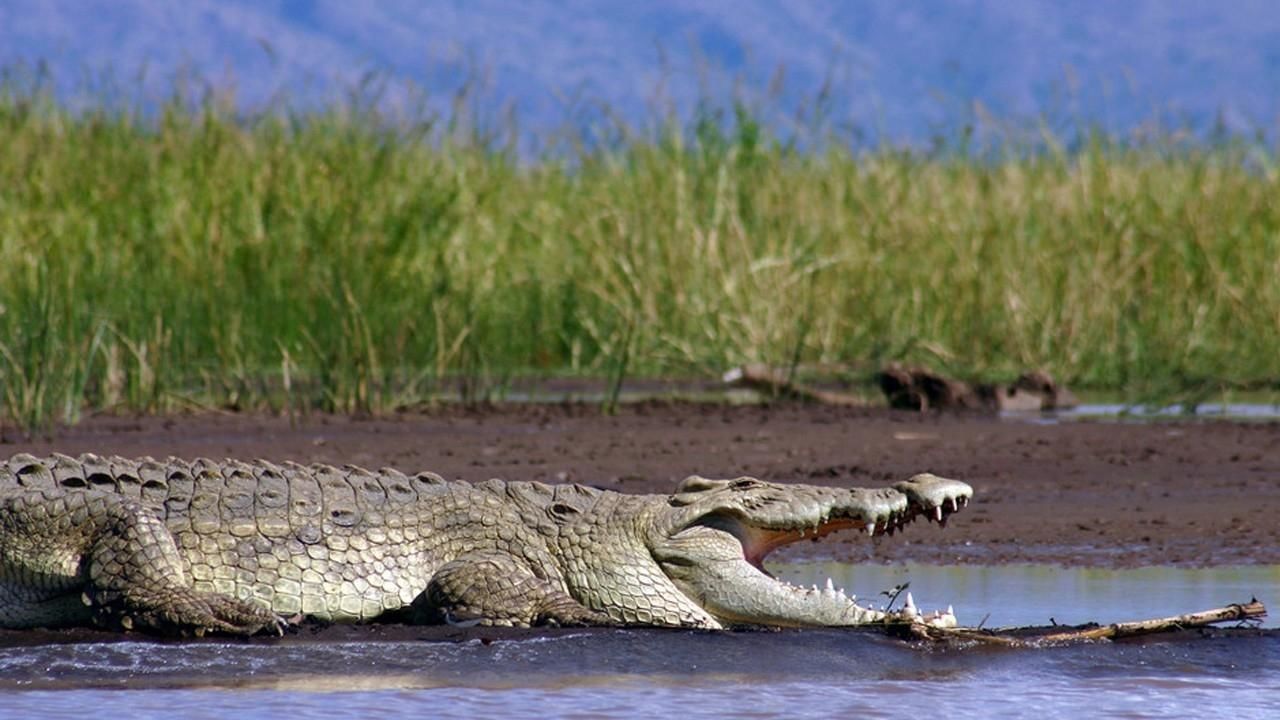 Less speedy animals have developed the skills to lure their prey to them. Take the crab spider, perfectly camouflaged on a leaf, camping out and ready to AMBUSH his unlucky insect dinner. But the killer instinct lurks in the unlikeliest of places. Even the exotic Venus fly trap plant - an UNLIKELY CARNIVORE - has developed a taste for beetle juice. Meanwhile the rattlesnake silently lifts its head in the shadows, using STEALTH as its deadly weapon, waiting for the right moment to sink its teeth into an unsuspecting rat.