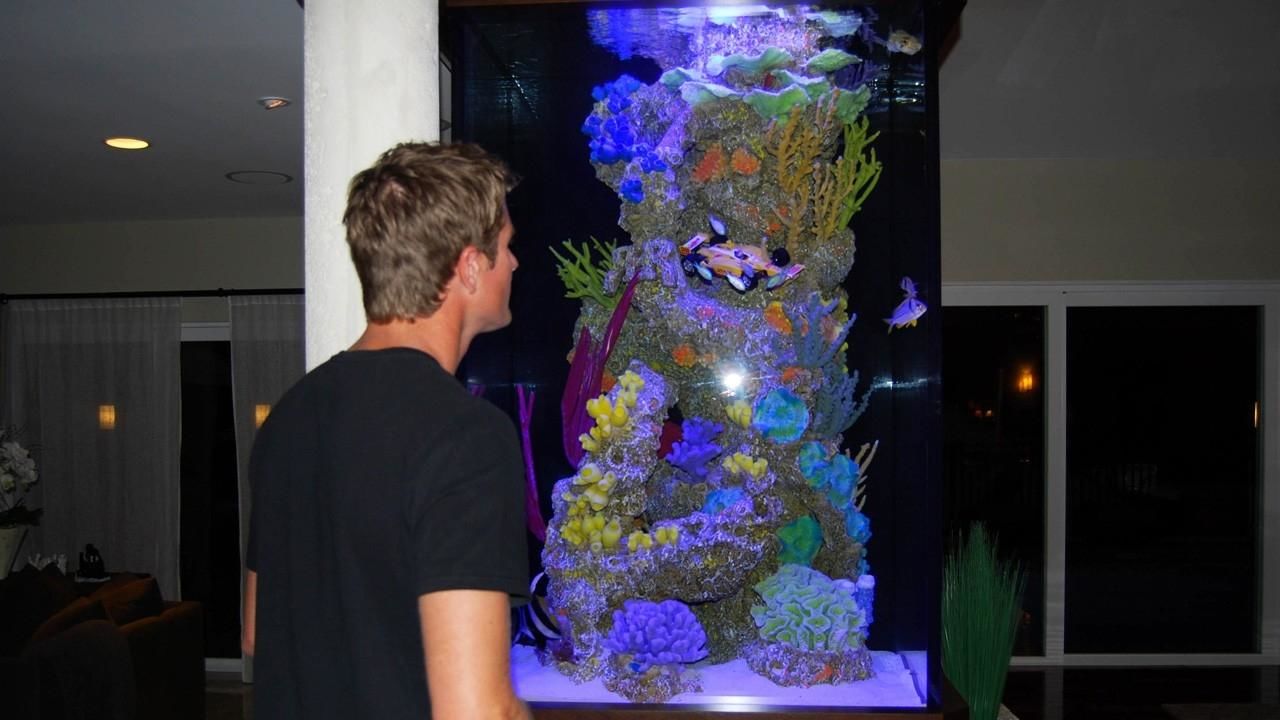 ‘Building fish mansions not fish bowls’ is their mantra and this sensational series shows why.

Follow the best in the aquarium industry as they battle against piscatorial peril to create the most extreme fish tanks and fill them with exotic species from around the world.

Taking on the most mammoth of missions, no job is too big for the Fish Tank Kings, but one of the first tasks of the series lands them in deep water when they are asked to transform an almighty aquarium at the Rainforest Café.  Later, it’s sink-or-swim when they promise a tantalising tank for a client who requests a 600-gallon aquarium with a live coral reef. Then, with a tank that has seen better days, the Florida Aquarium enlists the team to bring it back to life, and manager Matt plunges to the bottom of the ocean to do so. Elsewhere, the crew find themselves in dangerous waters when given just three weeks to build a 3,000-gallon shark tank to be the centrepiece of a new pet store.

Under intense pressure, they work tirelessly to pull it off in time for the grand opening. But will they complete this watery work in time?