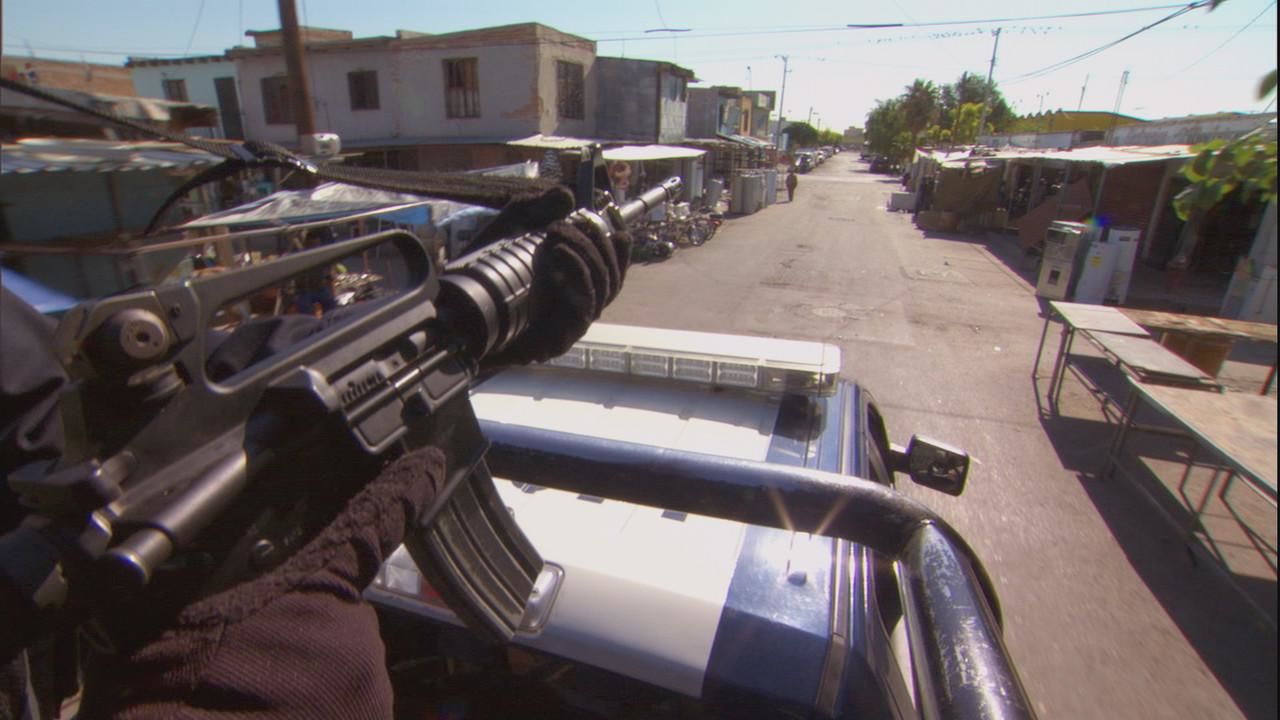 It is a raging war built on a lucrative drug market, where international boundaries are meaningless, citizens are targets for kidnapping or murder and the enemy is not a sovereign state, but ruthless drug cartels.

Two cities on each side of the U.S.-Mexico border are at the brutal epicentre of this war:  Phoenix, U.S., has become the second kidnapping capital in the world; and Juárez, Mexico, is nicknamed "Baghdad on the Border," with an epidemic of more than 1,800 murders in 2009.  Drugs flow north, money and guns flow south, and violence on each side has no end in sight.

Inside: Narco Wars embeds with the Phoenix Police Department as they race to respond to yet another drug-related kidnapping and ransom demand; uncover a multi-million dollar drug cache; and ambush suspects at a ransom drop-off.

Cross the border and ride along with a photojournalist on his crime ...